Adobe Flash has officially ended its life. The long-announced disabling of the plug-in, based on technology that has been present on the Internet since 1996, took place at the end of 2020. The main nails in Flash's coffin were the dynamic development of HTML5 and Adobe's reluctance to patch subsequent software issues.

A few days ago, Microsoft released a Windows 10 update, which uninstalls Flash. If you are not using Windows Update, you will probably get a message from Flash, informing you that it no longer supports the technology and asking you to remove the software from the PC.

From January 12, all web content using Flash technology will be blocked on every system. Most websites have started to prepare in advance for impending removal of Adobe's product. Also Internet creators have switched to HTML5 in great deal of cases, so the only problem is the archivization of older animations and games. 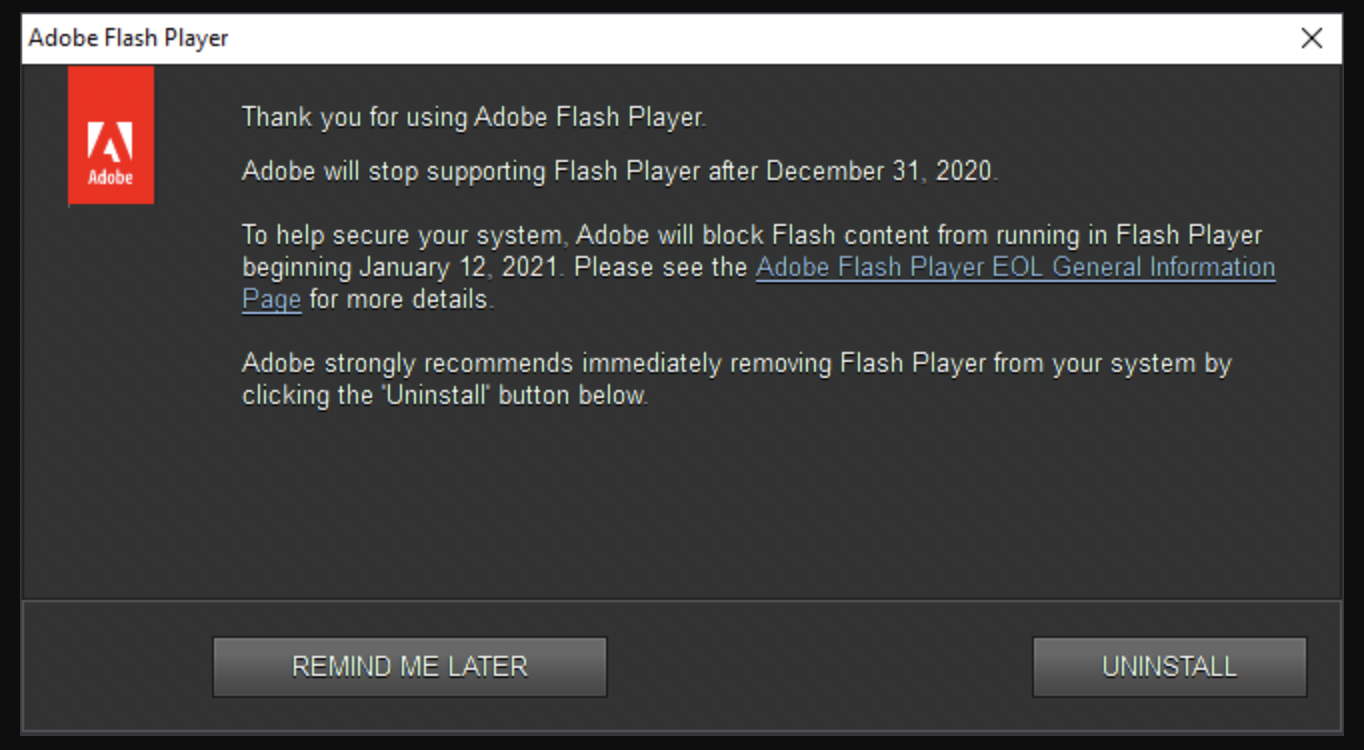 A message that is displayed to people with Flash installed.

An online archive at Archive.org has announced in advance the implementation of Ruffle, which emulates Flash technology. As it's an open sources project, the involvement of the community is quite big and despite some shortcomings in the emulation, there is a good chance that they will sooner or later be fixed.

The second solution is a project by user BlueMaxima, who intends to backup everything that was created using Flash. The Flashpoint project enables us to download to our disk a giant archive (532 GB in full version) and run any game or animation using a built-in program. For those who prefer to save their disk space or with possible data transfer limits, there is also a Lite version, which requires us to download 500 MB and allows for downloading of each game separately.

If we were afraid that due to the technical decisions of the company we will lose access to iconic content created in Flash, you can take a sigh of relief. Once again, the community has shown that it can quickly adapt to the new situation and emerge unscathed.