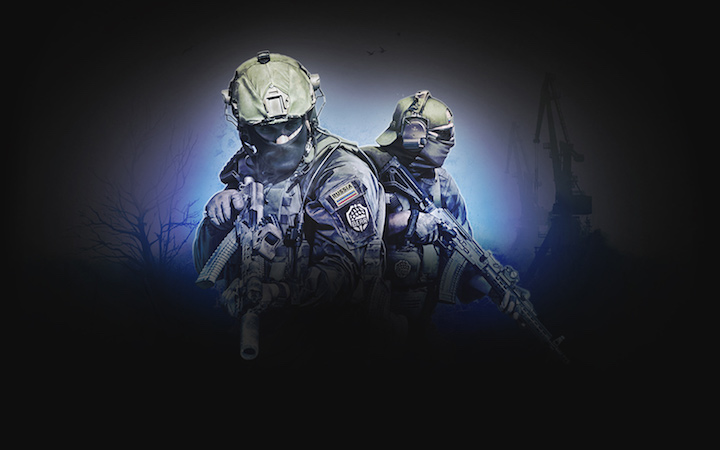 Wipe in Escape from Tarkov means a longer way to unlock hardware like in the picture.
In a nutshell:

Escape from Tarkov is a game in a continuous beta testing phase, so players have already got used to wipes that have been present from the very beginning, i.e. deleting all progress in character progression and loot. For many, this is an opportunity to rekindle their interest in the title and a reason to return to the game. According to several recent interviews with the creators at Battlestate Games, the next wipe will take place in May and it will bring huge changes in the economy of EfT.

The devs will change the rules of functioning of the Flea Market - a place where every player can put up for sale or exchange the stuff they own. From version 0.12.6 onwards, it will only be possible to sell items found at random in raids (Find In Raid) or crafted. It will no longer be possible to trade items taken from dead players and purchased from NPC vendors.

The new system of economy is primarily an attempt to fight the existing grey market of trading EfT items for real money and people using Flea Market bots to generate huge amounts of money without doing anything. In general, this is expected to reduce the number of cheaters in the game, although there is no denying that it will also have a significant impact on the prices of many items and further widen the differences in the equipment used by players of varying degrees of advancement. The developers add, however, that for them this is another test of the game's mechanics and will not necessarily leave the economy running on new rules. 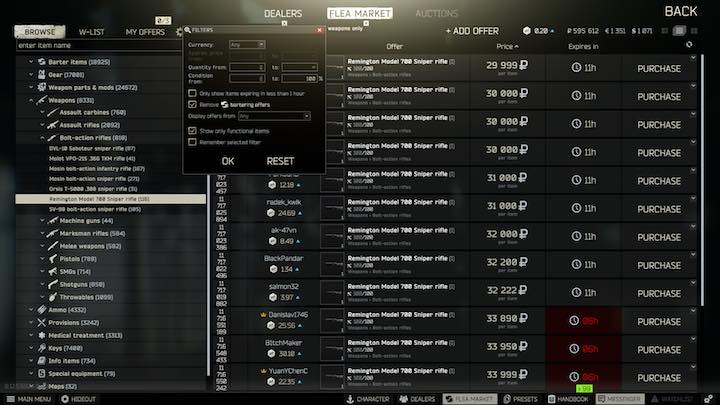 The biggest changes will be at the Flea Market.

The creators have also announced changes in the generation of loot on maps, which is now to be much more dynamic and unpredictable. The idea is to eliminate races to specific rooms where we can expect valuable stuff. The upcoming wipe in Escape from Tarkov will not reset the developed skills and "discovered" items - so there will be no tedious re-clicking of every item. We will also keep the saved weapon configurations so that after collecting the required parts they can be quickly rebuilt. 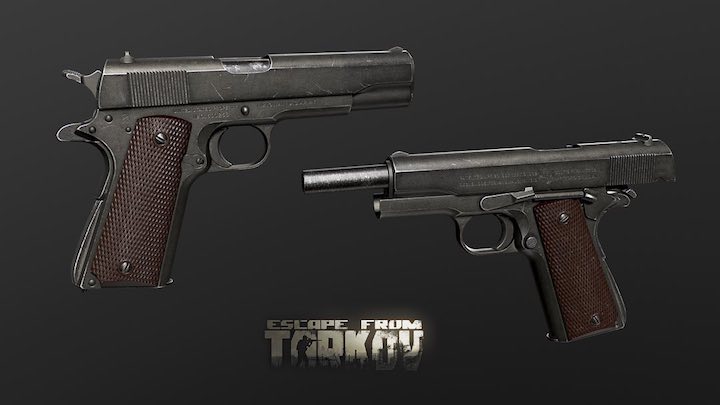 A new ammo caliber, 0.45, will appear in the game and gradually more and more guns will be using this bullet.

For the new players, losing their hard-earned level and newly-acquired weapons, valuable chests and accessories may be a big shock, so the developers are trying to make sure that every wipe takes place in a rather cheerful atmosphere. A few days before the reset a series of special events in the game will start. It's still hard to say what it's going to be this time, but in the past, it was, among other things, unlocking of all the goods at the vendors for a symbolic price or raising the class of all AI opponents. You should also know that:

The next wipe will probably take place in a few months' time, along with patch 0.13, which will bring a huge urban map called Streets of Tarkov.