Disney revealed that one of the new Star Wars movies will be made by Taika Waititi, director of such productions as Thor: Ragnarok and Jojo Rabbit. In addition, it was confirmed that Leslye Headland, co-creator of Russian Doll, will produce a series set in the universe of Star Wars for the Disney+ platform.

There is a chance that the Prince of Persia series will return after a 10-year break. Ubisoft has registered a new website - princeofpersia6.com - which may suggest that work on the next installment of the series is in progress.

Codemasters revealed the existence of two more installments from the DiRT series. The first one is a spin-off, which we will get to know soon.

The first screenshots of the action game The Lord of the Rings: Gollum were released. Images show what we can expect from the game.

In May, Escape from Tarkov players will have to experience another periodical reset of their progress. Along with it, huge changes in the game's economy are inbound.

A post published on a Chinese forum suggests that Asian users of Mount & Blade II: Bannerlord may get banned for using nicknames that do not comply with Chinese standards - e.g. referring to local politicians, protests or suggesting a connection between the coronavirus and Wuhan. 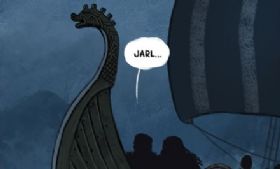 After Intel presented the first photos of the Xe-HP chpset last week, many players' hearts skipped a beat. However, the company is cooling down the enthusiasm and announces that the chips are being developed for data centers and other professional applications.

Valorant's players have noticed that one of the characters available in the game has a badly programmed hitbox. Hits to the area around the character's arm, for example, are counted as headshots.

Xiaomi has been accused of violating its users' privacy. MI browsers are said to collect personal data that allow for a user to be identified even in incognito mode.

One of the Star Wars: Battlefront II fans prepared an online petition, in which he asks DICE for continued, even paid, support for the title. Almost 10 thousand people have already signed it.

In April, 950,000 more Steam users used VR goggles than a month before. VR is breaking popularity records on Valve's platform, which is probably related to the recent release of Half-Life: Alyx.

CD Projekt RED will not have to censor Cyberpunk 2077 to get an age rating in Australia. The game has been rated for adults only, but changes to its content will not be necessary.

Over 3,000 Bans Issued in LoL for Using an Exploit

A bug has emerged in League of Legends, causing one character's ability to deal damage to all enemies on the map despite normally limited range. Chinese players using the exploit were banned for three years.

USB4 Cable Will Connect Your Monitor - Replacement for Display Port

The technical capabilities of the new USB4 standard allow for transmission of images even in 16K resolution.

AMD: PS5 and Xbox Series X Will Launch at the End of Year

During the conversation with investors, AMD's CEO Dr. Lisa Su said that the launch of next-gen consoles, i.e. PlayStation 5 and Xbox Series X, should take place during the holiday season this year.

Studio Rockstar once again prepared a gift for people playing GTA Online. As was the case in April, they will receive $500,000 for just logging in this month into Grand Theft Auto V's online module.

We learned more about the videos from The Last of Us: Part 2 that were recently leaked. Much suggests that hackers who used the keys from Naughty Dog's earlier games to get to the TLoU2 movies are responsible for this.

Zakhar Bocharov - press spokesman of GSC Game World - was interviewed by the Russian website Cybersport. The topic of the interview was STALKER 2. It seems that the work on the game is going according to plan, despite some additional challenges related to the ongoing pandemic.