Official development of Europa Universalis IV has not been going well lately. The Leviathan DLC was such a disaster that the developers had to apologize for years of weak DLCs. Fortunately, fans don't have to rely solely on Paradox for new content, as the game boasts a very active modding community. The latest fruit of its efforts is an updated version of the powerful mod known as Imperium Universalis.

The modification moves the action of the game to ancient times, enabling us to start playing in 612 BC. To realize this idea practically all elements of the game had to be changed. Imperium Universalis offers a thoroughly reworked map, new factions, characters, units, technologies and events. There are also significant changes in the gameplay mechanics to better reflect the realities of this particular historical period. 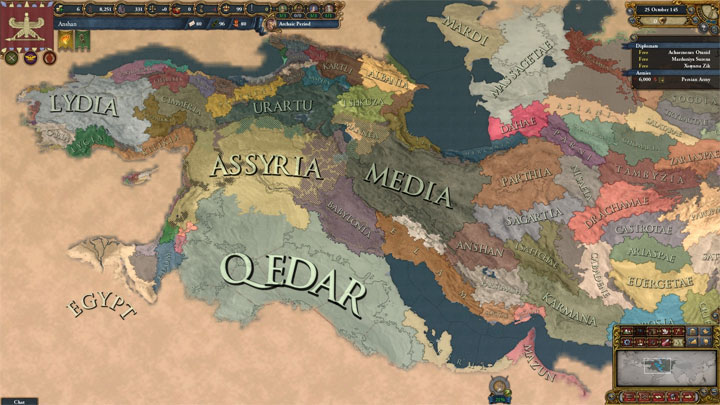 The new version of the mod was marked with the number 3.0. In the new release many elements of the map, including the Mediterranean region and India, have been greatly improved. In addition, East Asia has been expanded, adding new areas for the player to discover.

Numerous fixes have also been implemented to the population system and the slavery system has been brought back (it was disabled in the mod for a while), now available in a more expanded form. There is also a lot of new cultures, religions and missions.

Europa Universalis IV was released in August 2013 and remains available exclusively on PC. The game was recently given away for a week on Epic Games Store, so among the PC players there is no shortage of people just starting their adventure with this title, who are looking around for the most interesting mods for this game. Empire Universalis is definitely one of them.

Outriders Gets Second Wind on Steam Thanks to New Horizons