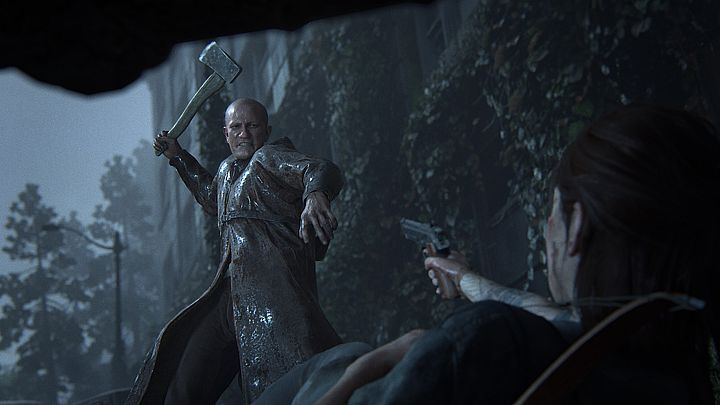 It seems that all the characters in this game can be "breathtaking".

Anyone who has played one of Naughty Dog's latest productions is well aware that the studio puts great importance on even the smallest details. This applies to both visual and mechanical aspects. If you thought that the Nathan Drake's windswept chest hair in Uncharted 4 were the pinnacle of the devs' abilities, wait for The Last of Us: Part II. One of the directors of the game, Anthony Newman, had an interesting conversation with the editorial staff of Polygon. He revealed that every character in Ellie and Joel's adventure would have their own beating heart.

Sounds pretty weird and intriguing, doesn't it? The more interesting is the fact that the creators will not place any indicator or bar depicting the heartbeat on the HUD. It will also not be a mechanic, according to which the player would have to maintain an appropriate rhythm. Ultimately, this will not even affect the strength of the character. As Anthony Newman says:

"Just every facet of the game updated some new level. One of them is the audio where, Im not sure if you noticed it, but as Ellie sprints around and then she settles, shell kind of [mimics heavy breathing] catch her breath."

That's cool, but heavy breathing after running is nothing special in video games. As it turns out, however, it has a slightly deeper meaning.

As you can see, any action the player takes will affect Ellie's behaviour. Even if you get close to an enemy whom heroine can sense, her breath will change. Fortunately, players will also be able to take advantage of this. You will hear the heavy breathing of a confused enemy or the characteristic sounds of a clicker. Add to that the fact that human opponents in The Last of Us: Part II have names (which they will use in the course of the game) and we are already sure that one of the mainstream media will bash too much realism and violence in the game. "Not only they have names, but also hearts!" - here's a typical headline from February 2020.

The Last of Us: Part II will be released on PlayStation 4 as an exclusive title on February 21, 2020 in.