The times of two-dimensional, turn-based Fallouts are apparently long behind us, but the first two installments of the iconic series still have their fans. These not only return to these titles in their original form, but also create various mods. One of them - a popular Russian mod for Fallout 2 titled Olympus 2207 - received update 1.2, and with it an English language version.

The titular Olympus is a fictional skyscraper located in Silicon Valley. After a nuclear conflict, this massive building has become a fortress, where a lucky few have found refuge. Rumors of the hidden riches attract many wanderers, including the Sunset Jackals, who terrorize the area. However, no one has managed to get inside, as the structure is guarded by patrols of Defenders who mercilessly eliminate any aggressors.

Olympus 2207 is not only a new story in the world of nuclear post-apocalypse. As a so-called total conversion, the mod significantly modifies the gameplay, including the iconic S.P.E.C.I.A.L. system, which has been rebalanced. The devs have also added a crafting system with the ability to create weapons from collected parts and a computer hacking minigame. However, there is no traditional main plot - you have to decide for yourself how you want to direct the history of post-nuclear Silicon Valley. 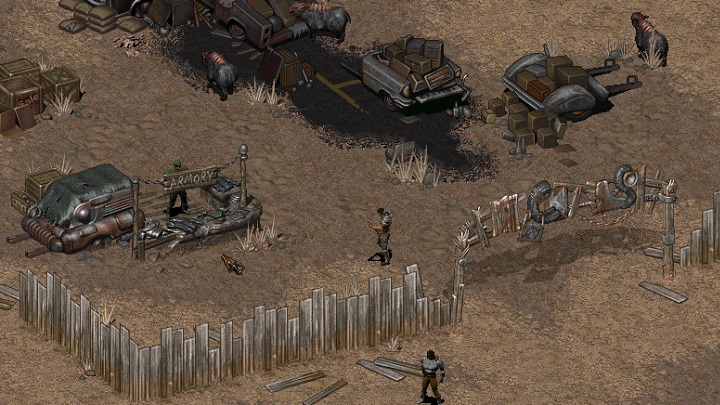 Fans of Fallout have a new excuse to return to the second installment.

Of course, the mod requires the basic version of Fallout 2 and the developers recommend versions purchased on Steam or GOG.com. The mod can be downloaded from Google Drive - the link can be found on the project's official website along with the system requirements.

Wonderlands is a Borderlands Spin-off; Announcement on Summer Game Fest 2021

Muspelheim From AC Valhalla's Third DLC May be Africa