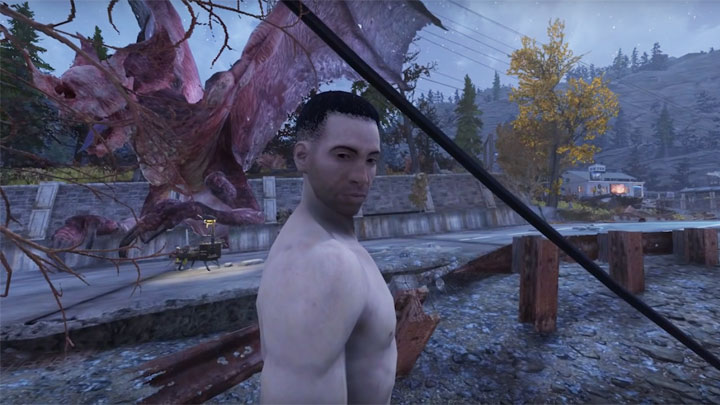 During the free period some servers witnessed... things.

It's been over a year since the launch of Fallout 76, and yet the game still amazes with its level of technical underdevelopment. The most recent example of this is creative hacking, which allowed players to spawn human NPCs and assets from Fallout 4.

A week ago, one of the players, to his utmost surprise, encountered the Prydwen in Fallout 76, the flying fortress belonging to the Brotherhood of Steel, which we could see in the fourth part of the series. However, this was only the beginning. A few days ago, cheat scripts were released online, enabling us to freely spawn various assets and characters in the game, including those from Fallout 4. Many people were also able to instantly create legendary items.

Of course, such follies almost always end in a ban, but Bethesda organized a free Fallout 76 weekend between December 12 and 16, so the players created additional accounts, which they could write off without any damage, and so they could go crazy with cheat scripts. Among other things, they managed to spawn various NPCs, including Preston Garvey from Fallout 4. What is interesting, they behaved surprisingly efficiently, moving around the camp, attacking aggressors and using covers in combat. It was even possible to transform them into classic RPG party members, following the player and protecting him/her from threats.

Not all of this was working properly. NPCs were often spawned without clothes or weapons. Nevertheless, the very fact of their appearance is a bad indication of the technical condition of the game. In addition, this is further evidence of how much of the production was recycled from Fallout 4.

Bethesda reacted to this situation by shutting down the game servers. They were only reactivated when an update was ready, blocking most of the scripts. Also the items that could only be obtained with cheats were removed.

The fact that Bethesda also plans to add NPCs adds some spice to the case. However, players will wait a long time for this, as this new feature will appear in the Wastelanders update, which will only be released in the first quarter of next year. The fact that this has not yet been given a more specific date suggests that we are still a long way from the launch.

Recall that Fallout 76 was released on the PC, Xbox One and PlayStation 4 on November 14, last year. The production was received coldly, to say the least, the PC edition now has an average rating of 52% on Metacritic.

The main reason for the poor reception of the game was its disastrous technical condition. A lot has changed in the last year, but Fallout 76 still has many problems in this respect. Recently, there was a discussion of bypassing the limitations of the PvP system with nuka mines and a bug causing the destruction of armors. In addition, the players were furious about the introduction of a paid subscription.