Before the games worldwide announcement this Friday, Ubisoft has shared the first official art from Far Cry 5. This one is interesting for several reasons. First of all, it confirms that the game is set in modern-day United States  which was rather obvious from the teaser trailers released just recently, but this is still an important piece of information. 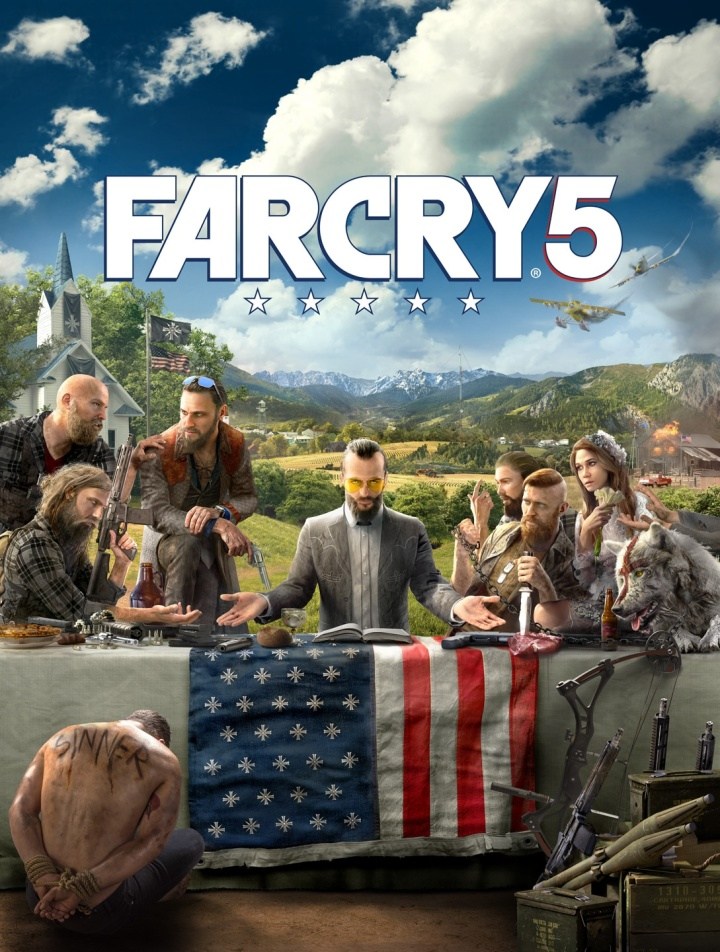 Besides, the picture plainly shows that the game will contain strong, perhaps controversial religious themes. The main antagonist is a bearded preacher, or a cult leader, with an army of local thugs at his disposal. These guys appear to have a bit peculiar idea of mercy, as they humiliate and probably torture people marked as sinners.

Another noteworthy element is a young hippie-like woman, who might play an essential role in the story campaign, as well as a tamed wolf  a companion, perhaps? One of the weapons we will get to use in combat is a modern-looking bow. A watchful observer is also bound to notice plances in the background  it seems that for the first time in the series we will get to fly around in those. The official reveal of Far Cry 5 is planned for May 26, 2017.

Get Even delayed due to Manchester attack

Get Even delayed due to Manchester attack