Ubisoft not only published a report summarizing the last months of its operations, but also informed investors that it intends to release five AAA titles between April 1, 2020 and March 31, 2021. Three of them were already announced, namely Tom Clancy's Rainbow Six: Quarantine, Gods & Monsters and Watch Dogs: Legion. The remaining two items are projects that have been kept secret so far, representing the "biggest franchises" of the French publisher. However, if you hope that there is a new installment of Tom Clancy's Splinter Cell among them, then unfortunately we don't have good news for you. Jason Schreier from Kotaku, who often shares a variety of information from behind the scenes, convinces that the games in question are the new Assassin's Creed and another installment of the Far Cry series.

As it is not difficult to guess, it is currently unclear whether the latter project is a full-fledged, sixth installment or a spin-off like Far Cry: Primal. However, it can be assumed that similarly to Far Cry 4, this enigmatic production will be cross-gen title - it has long been no secret that the announced productions from Ubisoft's portfolio are to hit the consoles of both current and next generation. As the game is to debut before April 2021, its official announcement can be expected around this year's E3.

As for the next instalment of the Assassin's Creed series, numerous rumors about it have been coming to light for a long time, but none of them has been confirmed so far. In January, Daniel Ahmad, a senior analyst at Niko Partners, stated that, contrary to what unofficial reports suggest, the project "is not even called Ragnarok", although "some details coincide", such as "improved combat". 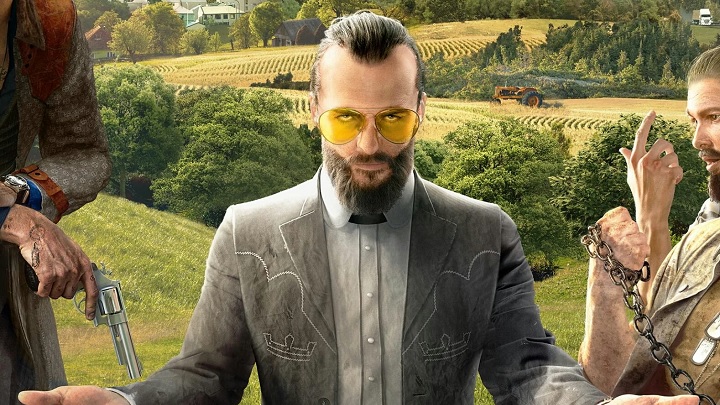