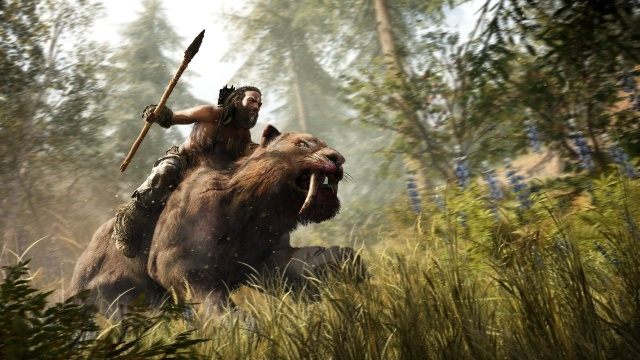 I bet you wonder if you can run it.

With less than two months left until the release of Far Cry Primal, Ubisoft is ready to reveal the games PC specs. The next installment in the renowned first-person shooter series is going to take us thousands of years back to the Stone Age, when people werent yet at the top of the food chain and had to struggle for survival in a hostile environment. In the game we will see lavish forests, tribal villages, and all sorts of prehistoric animals, including really huge beasts. Fortunatelly, we will not have to own a monster PC to tame these wonders, although it should be a decent one. See for yourselves:

Here is a list of officially supported graphics cards:

You may also want to check out a two-hour long recording of a live stream, in which developers are playing Far Cry Primal and talking about many of its features:

Far Cry Primal is going to launch on PC on March 1st. Owners of PlayStation 4 and Xbox One consoles will get the game a week earlier  on February 23rd.

Psychonauts 2 funded; less than a week until the end of the crowdfunding campaign

American Truck Simulator Will Get Nevada and Arizona DLCs First