Reboot Develop is a conference for video game developers, taking place in Canada, where you can listen to world-famous devs. One of the people appearing at this year's edition was Aaryn Flynn, who in July 2017 resigned from the position of Bioware's main manager and left the team to found his own studio - Improbable. His appearance in Banff was an opportunity for him not only to share his career history with the world, but also to tell something more of his experiences with the Frostbite graphics engine, which has been driving the most important titles released by Electronic Arts for years. As GamesIndustry.biz reports that, according to Flynn, this technology is like an F1 car which, although a top achievement in its field of technology, requires the driver to master it and a large group of specialists to maintain it.

"Incredible, impressive feats of technology, really at the bleeding edge of what's possible. But they require a huge crew of folks to maintain them and get that optimum performance out of them. And that really is the metaphor for at least the earliest days of Frostbite."

Although it's worth noting that Flynn was last involved with the graphics engine over two years ago, he worked in BioWare when the studio created its first games based on it, Dragon Age: Inquisition, Mass Effect: Andromeda and Anthem. As you probably remember, especially in the case of the latter, the team was unable to harness the capabilities offered by the technology, which led to many problems, especially with uncanny facial animations. 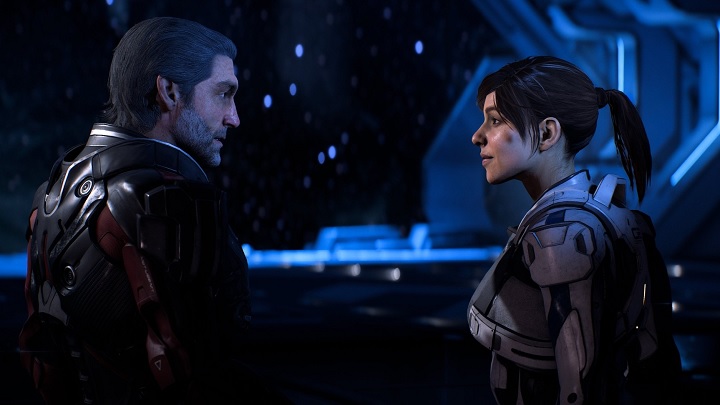 Problems of Mass Effect: Andromeda are a proof that not everyone is able to cope with the capabilities of Frostbite technology.

As Flynn said, at some point the complexity of Frostbite began to make "delivering the content expected by gamers harder and more difficult". The problem was not the number of staff involved in specific projects, but the lack of appropriate tools. The ones at the team's disposal were significantly "different" from those used in previous studio projects (such as the Mass Effect trilogy based on Unreal Engine 3). All of this resulted in Frostbite slowing down the work of the entire BioWare:

"Even though we had more people, we were slowing down the rate at which we could build and craft these experiences."

What's more, the developers even encountered difficulties in showing the players the results of their work during the development process:

It's always hard to show off work in progress, but in my experience, developers love to put work out there. (...) So this was a very frustrating thing for me - to not have the systems and tools in place so that our developers could do that.

In July 2017 Aaryn Flynn decided to leave BioWare and found his own studio. His experience with Frostbite has led his team to use tools "an order of magnitude more powerful" than Frostbite to create their debut project under new banner. And everything would seem clear (especially since this is not the first time we have heard about the problems that this technology causes to devs), if not for one, small detail. Last year, Flynn praised not only the cooperation with EA, but also the Frostbite technology; he even considered BioWare's switch to this graphic engine a "good decision".