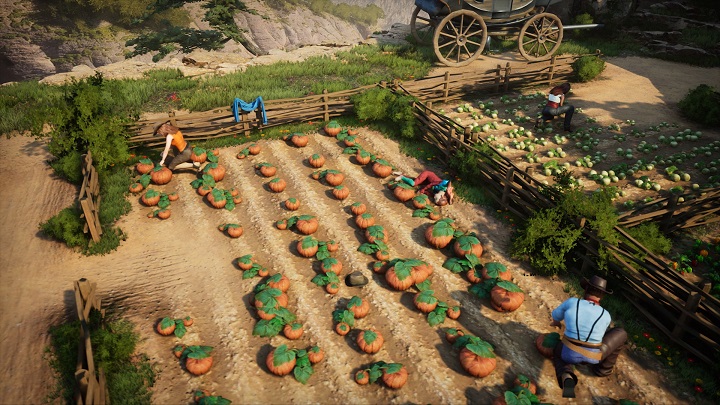 In Gamedec, as a private detective, we will solve puzzles in a variety of virtual worlds.
GAMEDEC IN A NUTSHELL:

Last August, the Polish team at Anshar Studios (the devs of the well received Detached) announced their latest work - Gamedec. This will be a cyberpunk RPG, in which the players will take on the role of a private detective, solving various crimes committed in virtual worlds. The title is based on Gamedec. Granica rzeczywistości and Gamedec. Sprzedawcy lokomotyw books, whose author, Marcin Przybylek, acts as a consultant for the game. Gamedec will be coming to PC in 2020.

Today, we had the opportunity to see some gameplay, which reveals a little bit about how the game itself will look like. As a private detective, the player will be given the opportunity to explore many virtual realities that exist in the world of Gamedec. One of them will be a free-to-play game Harvest Time. It's where people spend their free time, harvesting the crops, expanding the farm and so on. Some of them even employ others to increase productivity in their own fields.

For daily play and missions the players receive valuable boxes, which can later be sold on the market for large sums. Some people take advantage of this fact to get significantly richer but often use illegal means, e.g. exploiting other players, whom they treat as cheap labor. It will be in the hands of the detective to contain the situation on the box market in the farm game.

It is also worth mentioning that in November last year, another fragment of the gameplay was released, in which the devs showed the Low City of Warsaw City, where the main character lives. You can watch this material below.