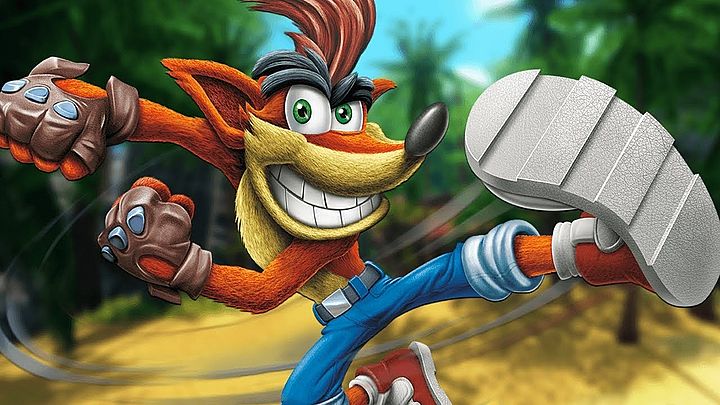 What do you think about this Crash?

We have both good and bad news for fans of the iconic PlayStation game series. It looks like a new title from the Crash Bandicoot series is being developed. Unfortunately, this is neither a remaster in rthe vein of N.Sane Trilogy nor a new "major" installment, but a game dedicated to mobile devices. The first articles depicting the title leaked in the form of Facebook ads. Although we won't find them anymore, they appeared on Twitter in a flash. Below you can see a post with some graphics.

The screenshots clearly show the logo of King, a developer belonging to Activision, and responsible for Candy Crush Saga, for example. The screenshots also suggest that the new Crush is an endless runner title, in which we will mainly run, jump, and slide through a pre-defined route. And, of course, pick up wumpa fruits. And let's nor forget breaking crates and avoiding traps. What's more, it seems that the devs have focused not only on the arcade aspects, because one of the screenshots reveals the possibility of building and developing a base.

Kotaku reached to the full description of the title, from which we can learn (apart from what we wrote in the previous paragraph) that Crash's task will be to send demons from other dimensions home and defeat the evil Dr. Cortex, who is responsible for "invitating" them. In the game you will also find secrets and discover new maps. Our bandicoot will be supported by his intelligent and charming sister Coco. You will find a full description below.

Of course, this is not the first a game starring Crash that will hit mobile devices. We have already dealt with racing and platform games before. There is also no denying that the series is perfectly suited for use in the mobile area, although it is probably not the title that fans have been waiting for. Although there is still hope for something bigger. According to the information published yesterday, Activision is making a few more remasters (or remakes) of their old hits. Who knows, maybe there is a refreshed version of Crash among them? For now, we have to wait for more information related to the mobile title.