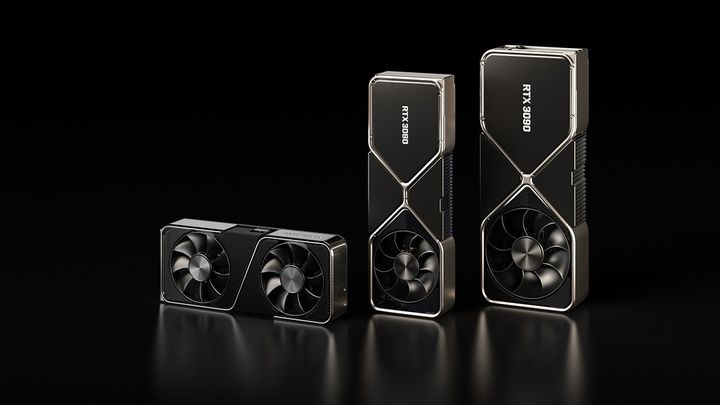 Launch of the first Ampere GPU is coming in just over a week.

VideoCardz editors have arrived at a photo that shows all three announced Nvidia GeForce RTX 30XX series chipsets - the GeForce RTX 3070, GeForce RTX 3080, and GeForce RTX 3090 - next to each other, so we can see how much they differ in size. We've also learned their detailed dimensions.