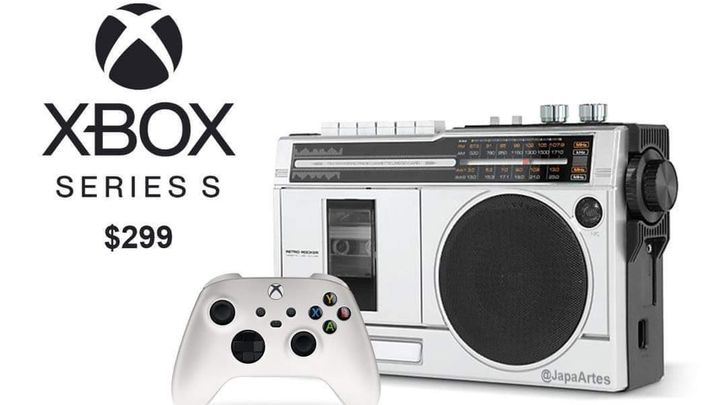 Yesterday, we have seen the reveal of reports about Xbox Series S, thanks to which we got to know the capabilities, price and appearance of the weaker next-gen from Microsoft. The latter issue stirred a lot of excitement, and the web was flooded with memes comparing the device to various objects, such as a barbecue or a speaker in a drive through restaurant.

But that's not all - there's no shortage of memes presenting the console as characters known from movies or games. These include Fall Guys' jelly and HAL 9000 from Arthur C. Clarke's 2001: A Space Odyssey and the movie under the same title directed by Stanley Kubrick.

Xbox Series S will be launched in November this year, for $299. At the same time, a stronger version of the ninth generation console from Microsoft - Xbox Series X - will also have its release.