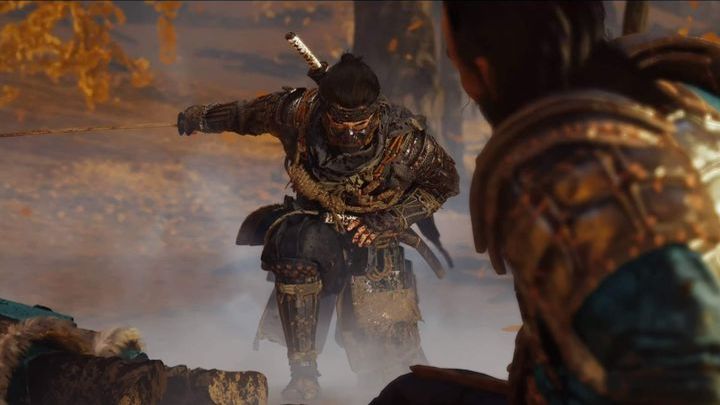 A handful of new information about Ghost of Tsushima.

The May issue of Official PlayStation Magazine UK features an extensive announcement of Ghost of Tsushima, the action adventure game from Sucker Punch that will hit PlayStation 4 in June this year (excerpts published on Reddit). The article contains a lot of new information about the plot and gameplay mechanics of this production.

Ghost of Tsushima is supposed to emphasize the authentic representation of reality - the events presented in the game are inspired by historical facts. But don't expect a boring documentary. The game will present its story in an epic and spectacular way, drawing inspiration from the work of Akira Kurosawa (the director responsible for the famous film Seven Samurai). The soundtrack composed by Shigeru Umebayashi (House of Flying Daggers, Yumeji, Fearless) also helps. 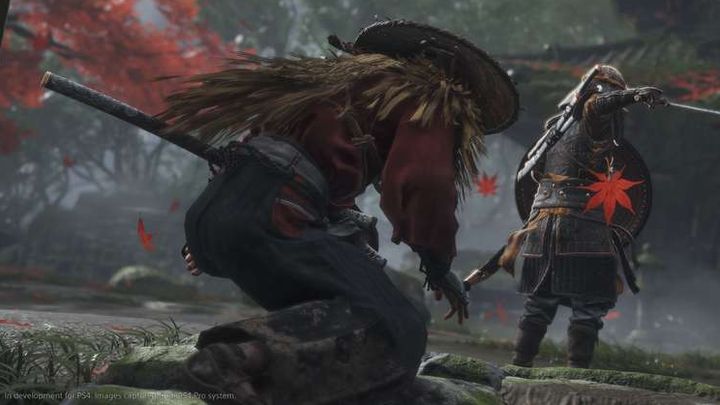 In Ghost of Tsushima the confrontations will not always be open.

The main character of the game - Jin - is a student of the ruler of the title island of Tsushima, which is invaded by the Mongols. When the samurai fail and lose control of the territory, the protagonist realizes that against this enemy, honorable battles will not suffice. Jin takes up guerrilla resistance and becomes Ghost - an avenger who persecutes the enemy soldiers like a shadow.

The Hamletian dillema associated with an attempt to reconcile traditional values with new realities and battle tactics will be one of the central themes of the story. It is worth noting that the decisions made by the player are to be of great importance in the game from Sucker Punch - they will affect, among other things, relations with NPCs. Depending on our choices, some characters may become great allies or ardent enemies of the protagonist.

One of the most promising things in Ghost of Tsushima is the exploration. As we found out last December, the creators decided not to use typical markers on the map in their game. Instead, the players will have to find their way on their own, using various kinds of landmarks and their knowledge of the game world. It is also worth noting that time will not stand still - the player will be regularly informed about it.

When we travel, we'll often find enemies, whose forces will outnumber us in most cases. In combat, we will be able to use iaijutsu techniques (which is the art of quick drawing our weapons and killing the enemy in one smooth motion), as well as numerous gadgets, such as sticky bombs and firearms. A hook with a rope will help us sneak through the Mongol camps (and the fortresses they occupied).

We would like to remind that Ghost of Tsushima will debut on June 26 (unless the launch is delayed due to the coronavirus). The game will be available only on PS4.