Tomorrow Ghost of Tsushima will celebrate its second birthday. To mark the occasion, the developers at Sucker Punch have shared a a number of interesting figures regarding the game. 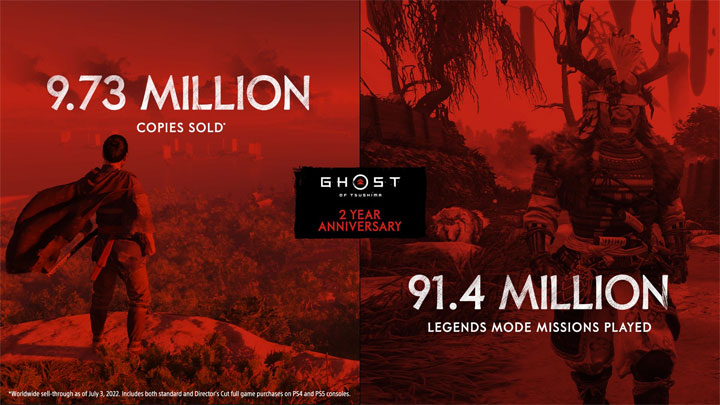 There are many indications, that Sucker Punch is already working on a sequel. There are also plans for a movie adaptation of the game.