Lieutenant Simon "Ghost" Riley is one of the most popular and recognizable characters in Call of Duty. The character made his debut in Modern Warfare 2 from 2009. Despite a small part in the reboot of the MW series from 2019 (ignoring additional post-release content), he plays one of the main roles in the recently released installment of the iconic shooter.

Among other things, the member of Task Force 141 gained his extraordinary popularity thanks to his image over the years, which was a distinctive skull-patterned mantelpiece hiding his face. This, in effect, led to Ghost's true image becoming one of the biggest mysteries of Call of Duty. It's no surprise, then, that many players (and even in-game characters) wanted to discover what he was hiding under the mask.

Although Ghost's face was never officially revealed, that doesn't mean his character model doesn't exist. One of the dataminers came across the real image of the character while combing through Modern Warfare 2's files. 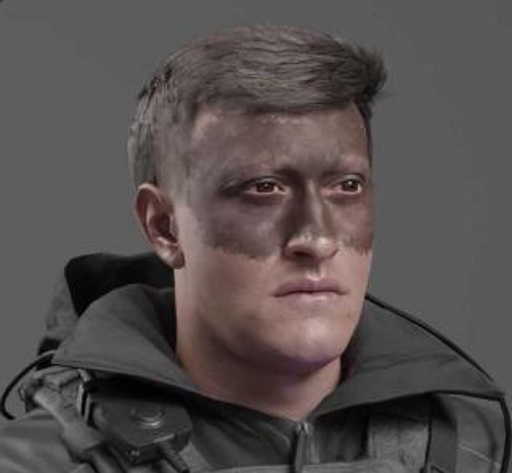 So it looks like Ghost - like Captain Price, Gaz and Soap - is modeled after his voice actor (in this case Samuel Roukin). You have to admit that Riley has always looked quite intimidating with his massive stature and mask, but even exposed to the world - especially with that penetrating, cold stare - he makes you not want to run into him in a dark alley.

It is worth adding that the graphic revealed on Reddit led to many - often funny - comments from the community. Interestingly, some see a resemblance to... Buzz Lightyear in Ghost's face.