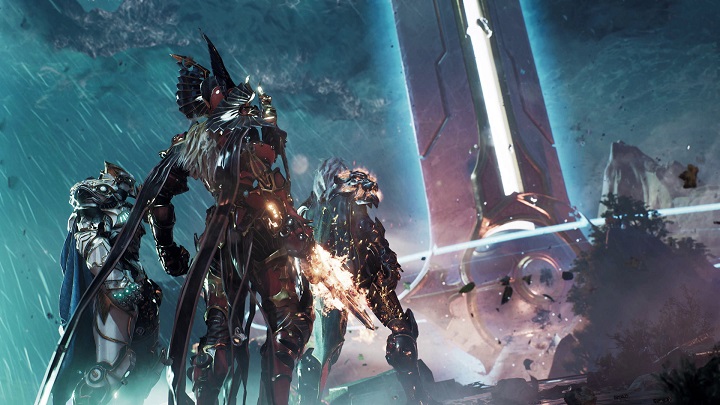 Godfall will be one of PlayStation 5 launch titles.

We continue the series of announcements straight from The Game Awards 2019. Counterplay Games (Duelyst) has revealed Godfall, a new looter shooter (or rather hack'n'slash) from Gearbox's catalogue. In the game we will find ourselves in a fantasy universe standing on the edge of the apocalypse. We don't know much more about the plot or the gameplay. What is interesting, the title will focus not on shooting like other species, but on close combat. Godfall will be coming to PlayStation 5 and PC as temporary exclusive on Epic Games Store at the end of next year.

Ruined King Will be an RPG From LoL Universe