The GeForce NOW streaming service didn't have a very good year. At the beginning, companies such as Warner Bros. Interactive Entertainment, Xbox Games Studios, Codemasters, Bethesda, Ubisoft, 2K Games and Activision Blizzard withdrew their support. However, the near future is shaping up quite well for the service, thanks to yesterday's announcement by GOG.com. The representatives of GOG.com have informed on Twitter that they have established a partnership with Nvidia and that the games available on the platform can be played in the cloud thanks to GeForce NOW. Similarly, the company also cooperates with Steam and Epic Games Store.

More details about the integration are not yet known. It is only reported that the first pgames to receive support for GeForce NOW on GOG.com will be The Witcher 3: Wild Hunt and Cyberpunk 2077. It is worth noting that the presence of this second game in Nvidia's streaming service was announced back in February. We found out then that CD Projekt RED's upcoming game will be available there with ray tracing support (provided we have the appropriate subscription level). The former title is already present in the service through Steam.

What exactly is GeForce NOW? 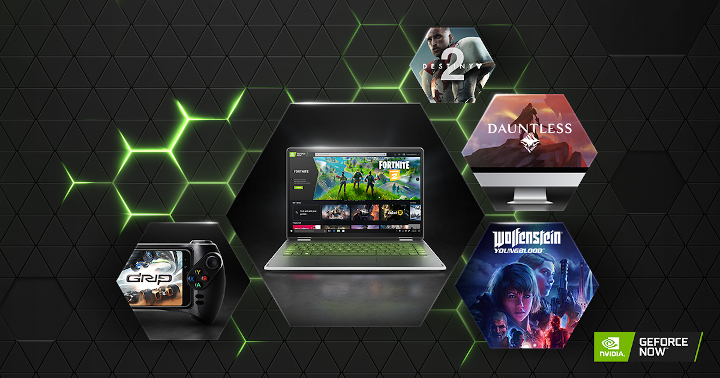 GeForce NOW in full version is available from early February 2020.

As we've already mentioned, GeForce NOW enables us to play our selected titles (the list of supported games can be found here) in the cloud, i.e. by transferring images from Nvidia servers to our computer, laptop, Nvidia Shield or mobile devices with Android or iOS (beta via Safari). What are the benefits? Well, thanks to the service we can enjoy all the graphical bells and whistles offered by modern games, even when our hardware is not among the most powerful. All this, however, provided that we have a stable Internet connection.

There is an option to use GeForce NOW service for free, but it entails some limitations. A single session cannot last more than an hour and we do not get a chance to enable ray tracing in games that support it. To remove these restrictions, we must subscribe. The monthly fee is $4.99 and the half-yearly fee is $24.95 (including the free month).

Amazon Customers Get Cat Food and Massage Devices Instead of PS5