The maximum bandwidth of HDMI version 2.1 is 48 Gb/s. Meanwhile, the YouTube tech channel HDTVTest discovered that the bandwidh of this interface on the PS5 is much lower. During testing, it turned out that data can be transferred at a maximum speed of 32 Gbps (by comparison, HDMI in the Xbox Series X reaches 40 Gbps).

This value is based on calculations form 4K and 120 fps display modes. Similar information is provided by the owners of AV receivers, who can directly measure the bandwidth of the HDMI connection. As shown in the screenshot below, the valuse is 32 Gbps when connecting to the PS5. 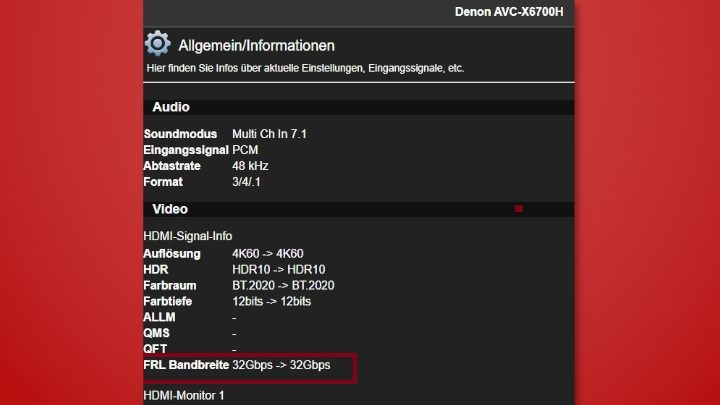 The HDMI performance of the PS5 is shown in the receiver's menu. Source: Neogaf

However, the quality of the cable supplied in the kit is not to blame here, although many people comment on this fact. Replacing the cable with a better one will not help, as the one received with the console is fully compliant with the 2.1 standard. This is due to the limitation of the HDMI interface in PlayStation 5. The question remains as to whether the hardware is to blame, or software, which should be is easily upgradeable (giving hope of a quick resolution).

According to the article on one of the websites where the PS5 has been dismantled into parts, the HDMI controller in this case is Panasonic MN864739. It probably supports data transfer rate up to 48 Gb/s (source). Therefore, the limitation may be on the software side. Perhaps Sony temporarily limits the speed of HDMI and will change it in the update. 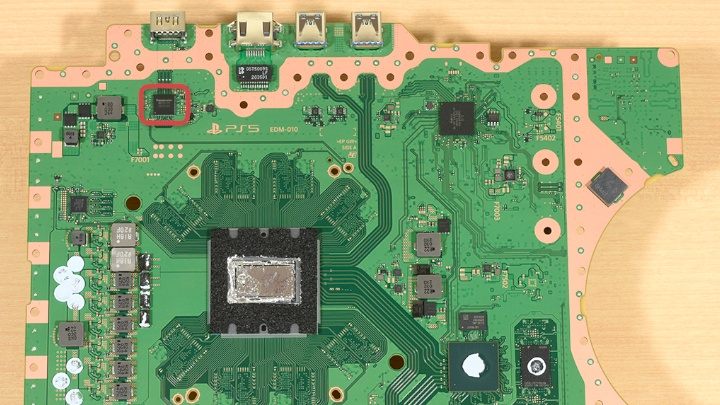 It is worth considering whether this is actually an important problem or rather it will not be noticeable. Lower bandwidth in the highest 4K / 120 Hz modes may slightly reduce the displayed color palette. But in practice 99.9% of users will not notice the difference. With lower resolutions, e.g. 1080p, or slower refreshing, this "problem" will not be one at all.