According to the data gathered by IDC, or International Data Corporation, in the middle of next year we can expect enough growth in semiconductor production to stabilize the market and even exceed its expectations in 2023. This is good news not only for fans of new technologies, but also for gamers who are still patiently waiting for the drop in the absurd prices of graphics cards.

As we can read in the analysis, factories are working at full steam, which enables them them to meet the industry's demand for chips. IDC predicts that demand for semiconductors will not decline in the coming years, but factories will be able to produce more of them. This will be the result of the construction of new chip factories such as Intel's and Samsung's. With this development in mind, IDC estimates that by 2025 the semiconductor market will be worth as much as USD 600 million. 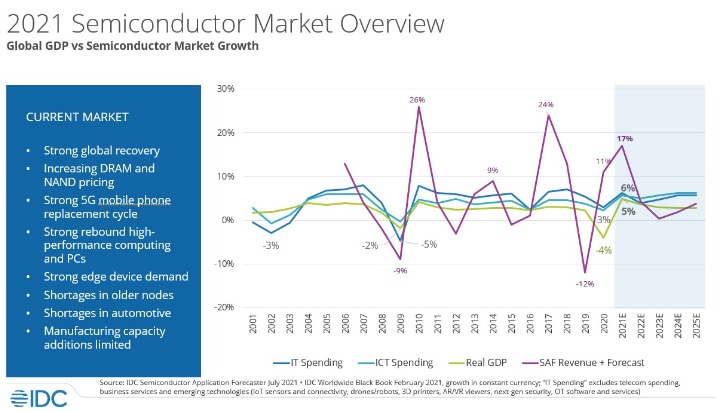 The steadily growing demand for chips is nothing more than a consequence of the developments in the phone, smart home, automotive and, of course, computer component industries. Meeting this demand, according to IDC's calculations, is expected to increase 5G semiconductor revenue by 128%. Moreover, the overall demand for smartphone chips will increase by 28.5%, for consoles it will be 34% and for laptops 11.8%.

It is worth mentioning here that the Holiday season is fast approaching, when it becomes increasingly popular to buy electronics as a gift. If you belong to the group of people who give such gifts to others, then do not expect the prices to drop until the end of the year or big discounts for Christmas. Devices disappear from store shelves even for exorbitant money, so the pressure to reduce prices is almost non-existant.

GamePressure receives a commission from selected stores whose offers are presented above. However, we have made every effort to select only interesting promotions - above all, we want to publish the best offers on equipment, gadgets and games.