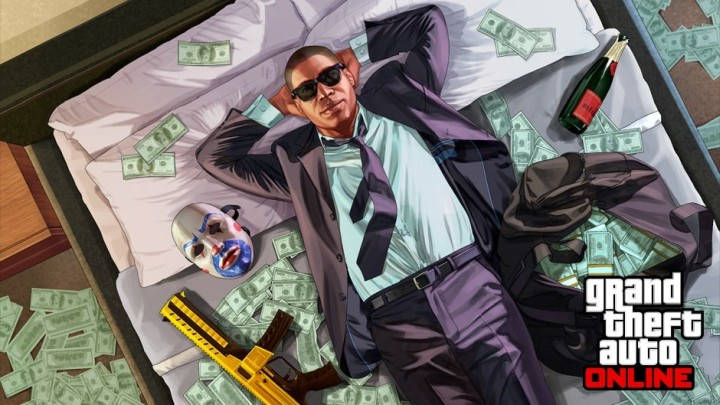 The ongoing event is a good way to quickly get rich in the game.

Until April 24, 2019, there are many attractions waiting for players who log into Grand Theft Auto Online. During this time, all missions from contacts are rewarded twofold.Missions can be completed individually or with a team (for those working in groups there is a cash bonus).

Players can now complete the final mission of the doomsday scenario The players who undertake it will have to go to a base hidden deep below Chiliad Mountain to prevent the detonation of a nuclear warhead.Double bonuses of GTA$ and RP are provided for the task. Until April 24, additional prizes are also available in Occupation, Crown Target and Colossus modes. In addition, anyone who logs into GTA Online this week will receive a free Skulls Livery for Mammoth Avenger aircraft and TM-02 Khanjali tank.

Discounts in the game

Until April 24, GTA Online offers a 40% discount on the buying of certain facilities of Maze Bank Foreclosures and Warstock Cache & Carry. Among the discounted items were:

With the Quick Job App on your in-game phone or by entering the yellow trigger in Legion Square, players can launch premium races in GTA Online with an entry fee of 20,000 GTA dollars. Eight participants take part in the confrontation. For the first place the player receives 100 000 GTA dollars, for the second and third place there are 30 000 and 20 000 GTA dollars respectively.

Between April 19-22, there will be races on the Route 68 dedicated exclusively for muscle cars.

On April 23 and 24 the races will move to Wiwang Park. Only sports cars are able to participate.

More information about the latest bonuses in GTA Online can be found on the Social Club Events website.