Golden Nekker has revealed its identity. CD Projekt has revealed Gwent: Rogue Mage, the first expansion for Gwent, focusing exclusively on the single-player mode. What's more, the expansion will debut tomorrow on PC and mobile devices.

Gwent: Rogue Mage will be sold separately, for $9.99 for the standard edition, although the developer will also enable us to purchase the premium edition (via IGN). The decision to release the DLC as an independent gameis aimed at removing the need play with constant Internet connection. 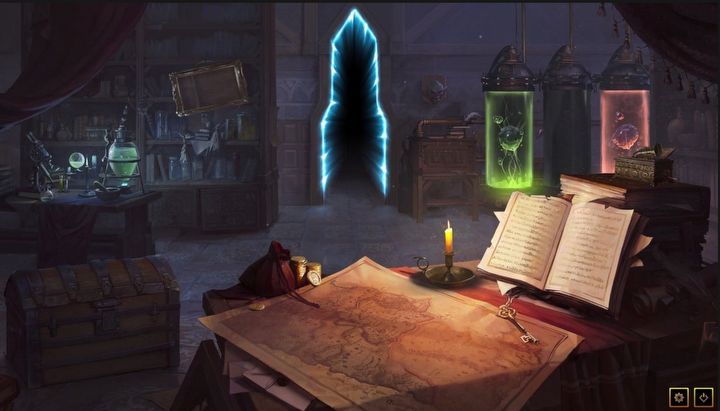 Vladimir Tortsov, director of Gwent, describes Rogue Mage as a game closer to the original mini-game from The Witcher 3: Wild Hunt. Of course, it will not be an identical experience, as the game will be based on the more elaborate mechanics of The Witcher Card Game.

Fortunately, CD Projekt RED made sure to simplify the whole thing slightly compared to the multiplayer base variant. Each deck will be based on a single theme (for example, enhancement effects), and more cards will be unlocked one at a time to avoid overwhelming the player with an excess of information.

As the title suggests, Rogue Mage will have roguelike elements, with a procedurally generated map and the need to start the game from the beginning after losing. Of course, even unsuccessful approaches will enable you to unlock new cards, as well as learn a bit more about the history of the mage Alzur - one of the creators of the witchers. There will also be no shortage of moral choices typical of the The Witcher series.

Tortsow predicts that completion of Gwent: Rogue Mage will take up to about 30 hours. This takes into account unlocking achievements (of which there are to be quite a few), and in addition, the game will feature numerous difficulty modifiers.

It is worth mentioning that Gwent has already received the new cards from the Black Sun expansion, full of curses and ancient prophecies.