By now, most Half-Life fans have given up hope of seeing another entry in that legendary series and learning the conclusion of the story that left players with a beast of a cliffhanger at the end of Half-Life 2: Episode 2. And while it is very unlikely that well actually get to play either Half-Life 3 or Episode 3, thanks to the series writer Mark Laidlaw we can find out how the story of Gordon Freeman could have ended. 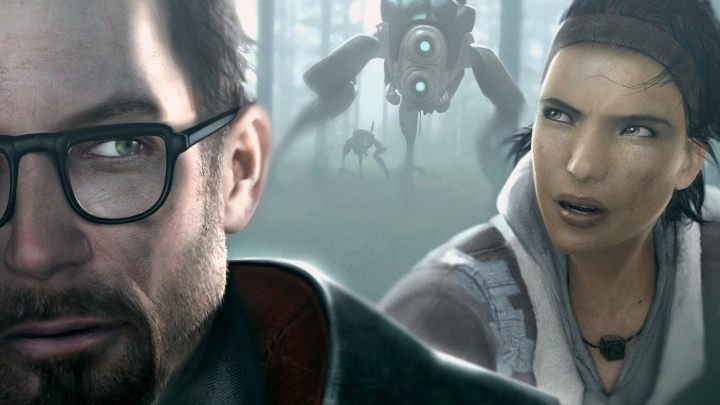 The story of Gordon and Alyx continues.

In a recent tweet Laidlaw posted a link to a letter from Gertie Fremont, which tells us how the adventures of the silent scientist unfolded since weve last heard from her I mean him. Although the original link doesnt work now, the letter, translated into Half-Lifes nomenclature, has been reposted online. You can find it in its entirety on NeoGAF, and heres a summary  be warned, however, because the text is one huge spoiler!

The story of Half-Life 3: Episode 3

Half-Life 2: Episode 2 ended soon after the Resistance learned of an enormously powerful super-weapon stored on a lost ship called Borealis. Just as Gordon Freeman and Alyx Vance were about to set out for a mission to destroy the weapon, the young woman witnessed her father Eli being killed by an Advisor and barely avoided the same fate, saved only thanks to Dogs intervention. Then Eli fell to the floor, dead, and both Alyx and the player burst into tears. Cue credit roll. Ten years later we still dont know what happens next.

According to Mark Laidlaw, this is how the story would continue. Determined to fulfill her fathers will, Alyx and Gordon decide to travel to Borealis location, somewhere in the Antarctic. On the way there, their seaplane crashes close to the coordinates provided by Dr. Mossman. However, instead of the ship they find a Combine installation. Upon infiltrating the compound the heroes find out that Borealis is not actually at the location but is expected to materialize there  as the vessel travels through time and space  and that the purpose of the alien facility is to seize the weapon when it becomes fully physical.

A piece of artwork with a crashed helicopter in an icy environment leaked back in 2012.

At this point Gordon and Alyx encounter an incarnation of Dr. Wallace Breen. Although the original Dr. Breen had been killed, the Combine managed to save an earlier version of his consciousness and imprint it into an enormous grub. Surprisingly, the grub confesses that it is a prisoner of the Combine and asks the heroes to end its miserable existence, which Gordon does, despite Alyx claiming Dr. Breen deserved worse than a quick death.

After that brief delay, the two meet Judith Mossman, held captive in a Combine interrogation cell. Judith tries to convince Alyx and Gordon that she had been working as a double agent all along, secretly supporting the Resistance and following Elis instruction, however, Alyx is not convinced. Nevertheless, the three proceed together, as Dr. Mossman is in possession of the resonance keys, necessary to bind the liner to their reality.

Soon, they finally get aboard the Borealis, having battled Combine forces, right before the ship disappears again. And this is where they learn of the history of the vessel. It turns out that Borealiss secret lies in the so-called Bootstrap Device, able to teleport the ship to any location in the world. However, it was never tested before the Combine attacked the Earth and seized the Aperture Science Enrichment Center in Lake Michigan where Borealis had been docked, forcing the crew to flee to the most distant destination they could travel to: Antarctica. What they did not realize was that the Bootstrap Device travelled in time as well as space. Nor was it limited to just one time or one location, says the letter. 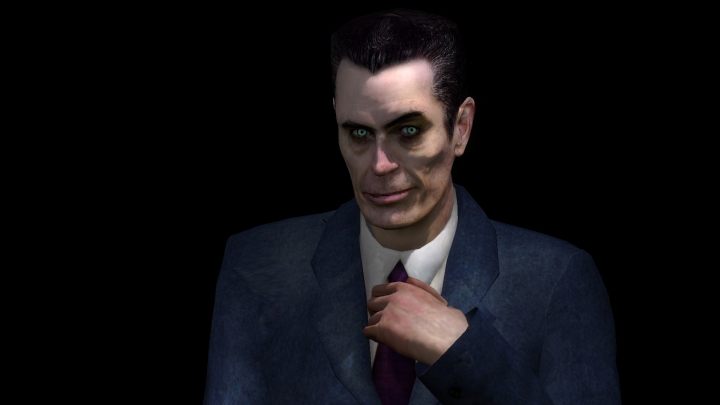 G-man, one of Half-Lifes biggest mysteries.

With Gordon, Alyx, and Judith onboard, the Borealis continues to loop back and forth through time and space, showing the heroes some of the events from the beginning of the Seven Hour War as well as the present and even the future. It also shows what appears to be a nexus for Combines invasions on other worlds, including the Earth. Judith and Alyx argue about the shipss fate. While the latter wants to honor her fathers demand by destroying Borealis, Dr. Mossman intends to bring it down on the ground for the Resistance scientists to harness its power. Unable to come into an agreement, Judith overpowers Alyx and starts to realize her plan, but surprisingly, Alyx shoots the other woman down.

With Dr. Mossman now dead, Alyx and Gordon go for the suicide plan  to smash the ship into Combines central nexus station. When the plan is underway, G-Man appears before Alyx, not for the first time apparently. He tells her: Come along with me now, weve places to do and things to be, after which the two disappear. Right before Borealis crashes into the Combines base, Vortigaunts appear and take Gordon to another place and time. The following is the conclusion of the letter:

And here we are. I spoke of my return to this shore. It has been a circuitous path to lands I once knew, and surprising to see how much the terrain has changed. Enough time has passed that few remember me, or what I was saying when last I spoke, or what precisely we hoped to accomplish. At this point, the resistance will have failed or succeeded, no thanks to me. Old friends have been silenced, or fallen by the wayside. I no longer know or recognize most members of the research team, though I believe the spirit of rebellion still persists. I expect you know better than I the appropriate course of action, and I leave you to it. Except no further correspondence from me regarding these matters; this is my final epistle.