One of the attractions of Rebel Galaxy Outlaw, the prequel of the successful production from 2015, is to be a powerful visual customization system for ships. In order to show its capabilitiess, the devs prepared a video in which they used these tools to place a portrait of Harry Potter on the hull of a vessel.

The ship visual customization system in Rebel Galaxy Outlaw resembles more a graphic program than what most other games offer. It enables the players to draw freely using a variety of useful tools and functions. In practice, you will be able to place anything you want on the hull. 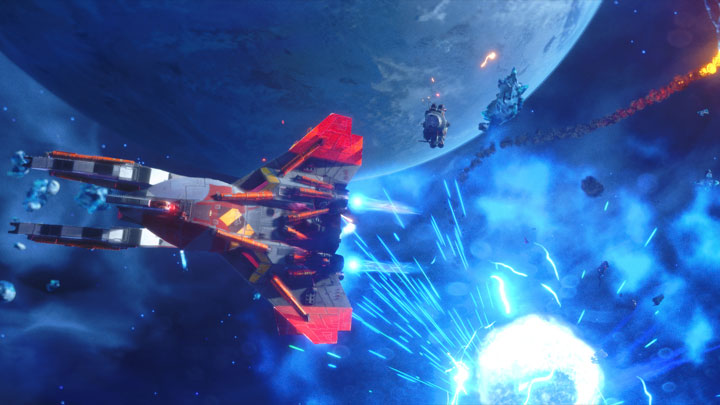 Of course, modifying ships will not be limited to their appearance. Players will also have the option to replace weapons, armor, components and other parts. We decide ourselves, whether to transform our vessel into e.g. a galaxy truck, which serves mainly for transportation of goods, or to make it a fighter.

Galaxy Outlaw Rebel is headed for PCs. PlayStation 4 and Nintendo Switch. The premiere is scheduled for this year, but for the time being, the devs are unable to give an exact date. On the PC, the title for the first year will be available only through Epic Games Store.

It is worth mentioning that the first part of the series, i.e. Rebel Galaxy, can now be obtained for free from Epic Games Store. The offer will end tomorrow afternoon, so we advise those interested to hurry.