Double Damage Games has still not revealed the launch date of Rebel Galaxy Outlaw, i.e. the prequel of the successful 2015 production. The team regularly releases fresh videos from the project.

The latest video offers a nearly eight-minute presentation of the gameplay. We can see a bit of space exploration in it, but the material focuses mainly on combat. The gameplay was recorded using mouse and keyboard controls, but the game also lets you play with a pad. 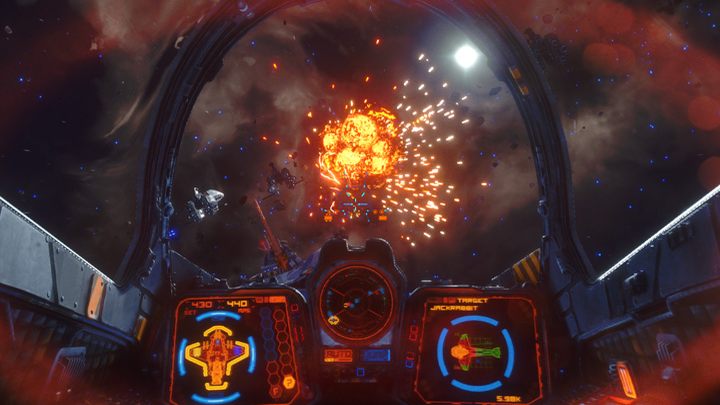 The Galaxy Outlaw Rebel is due to be released this year.

Unlike the previous part of the series, which only allowed for two-dimensional flights, the continuation opted for full 3D and, judging by the gameplay, this change was for the good. In addition, unlike most other games of this type, Rebel Galaxy Outlaw will have a very expressive heroine who regularly comments on events and is able to, e.g. show her enemies her middle finger.

Galaxy Outlaw Rebel is coming to PCs, PlayStation 4 and Nintendo Switch. The launch is planned for this year, but so far the devs have not given an exact date. The PC version will only from Epic Games Store for the first year after the release.

It is worth mentioning at the end that last week the devs released another video, showing the impressive capabilities of the visual customization system of ships, which allows you to paint any image on the hull.