Double Damage Games shared the release date of the PC version of its latest work Rebel Galaxy Outlaw. The game will go on sale on August 13, this year, and for the first twelve months after its launch we will find it only on Epic Games Store - later it will also appear on Steam and possibly in other stores.

The devs have also published a funny trailer stylized on TV news, in which they present the most important elements of their project. But before we get to the trailer itself, we have to remind you that in the near future Rebel Galaxy Outlaw will also appear on PlayStation 4 and Nintendo Switch; as you can read in the official FAQ, these versions of the game still need to be polished. It is possible that the game will then be given to Xbox One owners.

Galaxy Outlaw Rebel is a prequel to a 2015 arcade spacecraft simulator. The main character is Juno Markev, a space smuggler who has to do whatever it takes to pay off her debt to an old friend who owns a local casino. The pillar of the game will be a story campaign, during which we will perform a number of tasks pushing the story forward and side missions. During their course we will have to travel through various locations and take part in spectacular battles in space.

Since the announcement, which took place at the end of last summer, the developers responsible for the title managed to present, among other things, an extensive system of visual customization of spacecraft; it is worth mentioning that this time the devs will allow us to maneuver not only horizontally, but also vertically (which was not possible in the original). 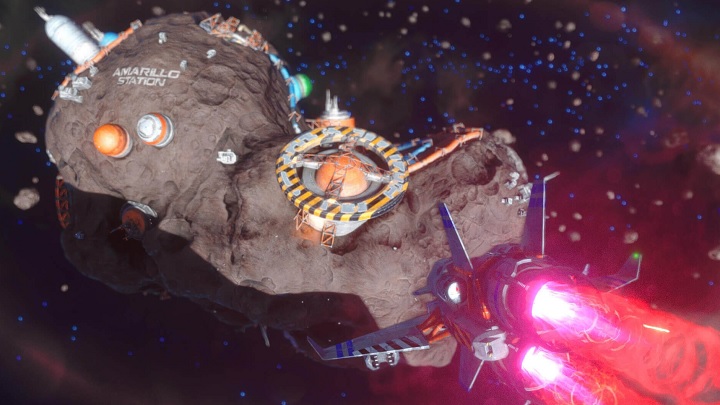