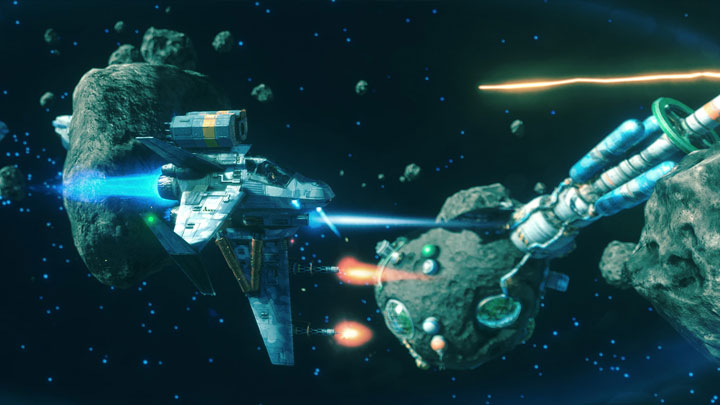 Galaxy Outlaw Rebel is due to be released this year.
REBEL GALAXY OUTLAW IN A NUTSHELL:

Players waiting for Rebel Galaxy Outlaw, the prequel of a successful 2015 title, should be interested in a recording of a long stream recently organized on Twitch by the game's developers, Double Damage Games.

The footage consists of almost three hours of gameplay from the current version of the game. Stream was accompanied by a commentary from one of the developers. The presentation gives a good idea of the direction in which the project is heading and enables us to see what changes have been made in comparison with the previous installment of the series.

Let's remind that Galaxy Outlaw Rebel is coming to PC, PlayStation 4 and Nintendo Switch. The launch is scheduled for this year, but for the time being, the devs are not in a position to give an exact date. The PC version of the title will be available only on the Epic Games Store for one year after release.

The title is supposed to be very different from the first Galaxy Rebel. First of all, the devs have switched to fully three-dimensional flight mechanics. In the previous game, the graphics were made in 3D, but the ship could only move in two dimensions. In addition, there will be a view from the cockpit and the game is designed with this option in mind. The freedom of shaping the heroine's career will also be expanded, and the devs openly admit that they've been borrowing in spades from the Privateer series.