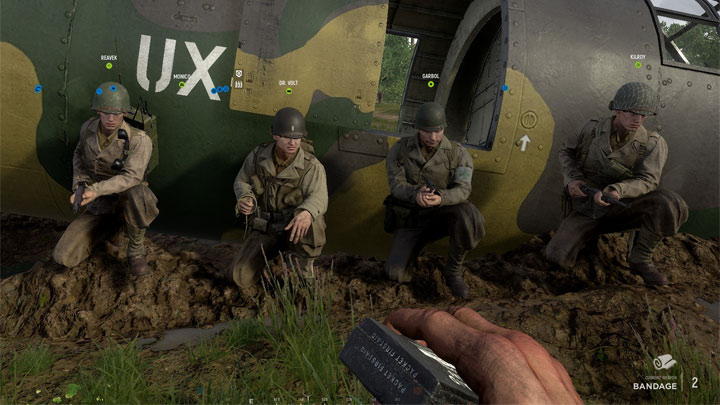 We like stories about games which, after weaker periods, regain their popularity thanks to developers' efforts. The latest comeback of this type can is Hell Let Loose, a tactical shooter set during World War II. In recent days, the game has recorded a large increase in activity and is now in the top ten of the biggest bestsellers on Steam.

Yesterday, at the hottest moment of the day, 6813 people were playing the title. This makes the game the most popular multiplayer WWII shooter on Steam, outdoing the results of competitors such as Post Scriptum, Day of Infamy or Call of Duty: WWII. Importantly, in this category Hell Let Loose easily wins against Battlefield V, whose activity record yesterday was 1219 players.

Of course, it's important to take a correction for the fact that BF5 only came to Steam last month, and many of the game's fans are only playing on Origin. Nevertheless, defeating this giant in any category is a huge achievement for a game from a small independent team like Black Matter.

It is worth noting here that the release in Valve's store was much more successful for Titanfall 2, whose yesterday's activity record was 3063 people. However, the fact that Battlefield 5 costs almose two times as much probably plays a key role here. 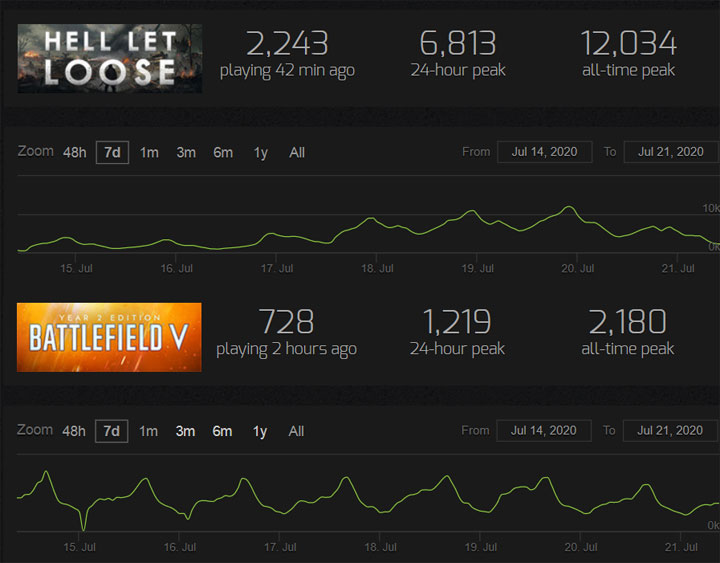 The success of Hell Let Loose is the result of several things. Two recent updates have played a key role. The one with number 6, released at the end of April, introduced, among others, a realistic ballistics system, which replaced simple hitscan. This completely changed the gameplay and made it much more attractive.

Last Tuesday we received Update 7, which introduced improved animations, improved weapon rejects and added a new map (Carentan). This was followed by a lot of bug fixes and balancing. There were some performance problems, but the creators are fighting them with subsequent small fixes.

"Hell Let Loose annoyed the heck out of me for a long time. It was prettier than the competing Post Scriptum, but the gunplay was far from satisfactory, the sound was weak and the animations were as stiff as they come. The "Battle of Carentan" update addressed most of these problems and the game is on track to become one of the better online WWII FPS games out there. Battlefield 5's career is over, Post Scriptum scares away with graphics and limited number of servers, so this is the perfect moment for Black Matter to fill the niche," Adam "T_bone" Kusiak, resident editor and SEO specialist.

Both patches were very warmly welcomed by the community. In order to allow a wide audience to test the changed Hell Let Loose, it was decided to organize a free weekend. It turned out to be a great success. Last Sunday, at the hottest moment of the day, 12 thousand people were playing the game, thus setting a new activity record.

The fact that yesterday, at the end of the free weekend, at the hottest moment of the day, the title attracted almost 7,000 players (plus the presence on the Steam bestseller list) shows that many people liked the title enough to buy the full version and continue the fun. This was helped by a 25% discount.

Let's recall at the end that Hell Let Loose is only available on PC. The game debuted in Steam Early Access on June 6, last year.

Gameplay From Canceled Title Created by Ghost of Tsushima Devs