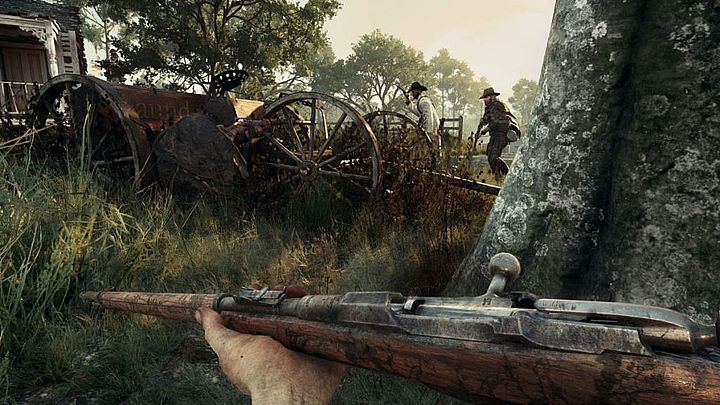 Crytek sure knows how to make a good-looking game.

Crytek has announced that Hunt: Showdown has just received a free weekend on Steam. The action started today and will last until Monday, 10 AM. It is worth noting that at the same time the production was included in the weekend promotion and can be bought for $23.99. If you are interested in checking out the title, you can do it here. Free version of the game has been enriched with all available patches, including the newest one (marked 6.1), which introduced the long-awaited possibility to change FOV.

Hunt: Showdown has been in Steams early access for over a year now. The creators of the game inform that during this time they managed to introduce 18 updates to the game, which significantly improved the production. In terms of gameplay, Hunt: Showdown is an unusual combination of battle royale and survival elements. We see the world from the perspective of the first person. Fighting takes place between up to five teams of two (although you can play solo) to win a trophy for the monster and then leave the map safely.