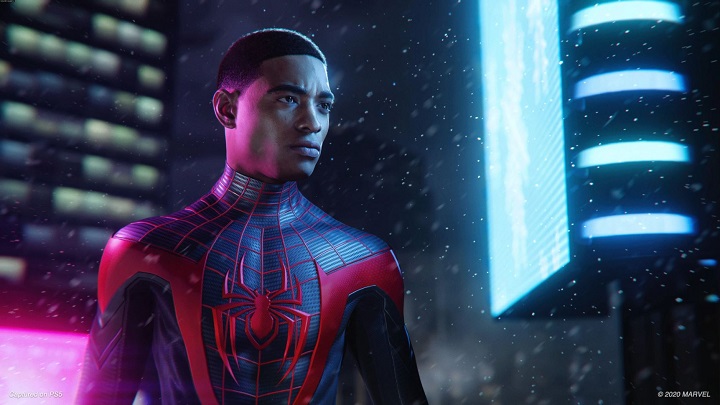 Miles Morales is a remaster of Spider-Man from 2018.

One of the first productions shown at yesterday's PS5 conference was Spider-Man: Miles Morales. And although not much was known about the game at the time, most players assumed for a reason that it would be just a continuation of the hit from 2018 with a new main character. The bigger their surprize when, in an interview published today by The Telegraph (via VGC), Sony revealed that Miles Morales will be "only" an expansion of the previous Spider-Man, although a much improved full version of the game will be added to the PS5 console with the new expansion.

I guess you could call it an expansion and an enhancement to the previous game. [...] Theres a substantial Miles Morales component  which is the expansion element  but also within the game as well theres been major enhancements to the game and the game engine, obviously deploying some of the major PlayStation 5 technology and features," said Simon Rutter, executive vice president of Sony Interactive Entertainment Europe.

This caused an understandable stir. After a short while, Jason Schreier, former Kotaku editor and current Bloomberg journalist, has discredited the information in this news via his Twitter. According to his sources, Spider-Man: Miles Morales is a completely new installment of the series, although not a direct sequel.

With that, things got quite interesing. Eventually, the floor was taken by the people who would know the truth - Insomniac Games, the creators of the game. On their Twitter the devs made it clear that Spider-Man: Miles Morales is a standalone installment of the series and denied any rumors of it being only a remaster or expansion of the 2018 hit (in the comments in the following post).

Whatever the reason for this situation, it is peculiar for a company representative to provide incorrect informattion about a project.