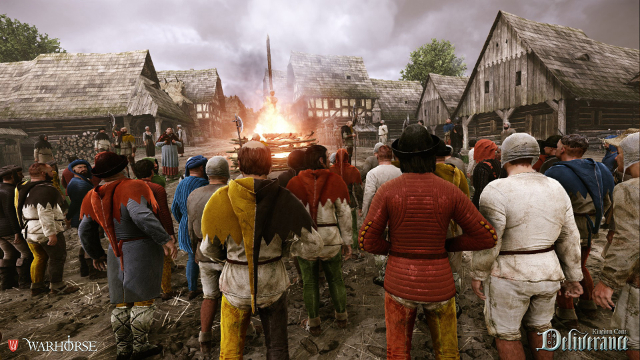 Full version of Kingdom Come: Deliverance will not launch until 2016.

According to preliminary plans, Kingdom Come: Deliverance, an RPG set in the Medieval times, which is to be characterized by a lack of supernatural elements, was due to be released at the end of this year. However, the representatives of Warhorse which took the reins of the production have announced that the titles launch will be postponed until next summer, although no specific date was given (whats interesting, the mention of the delay was included in a message sent out to the media, concerning the upcoming changes in the alpha tests...). Nevertheless, some players (especially those who supported the developers during the Kickstarter crowdfunding campaign) will get the opportunity to try out the production in the next few months. At the end of this year, the beta version will be released. So far, there have been no further details on this topic, but we know that Steam users will be able to take part in the tests, although probably for a fee.

Kingdom Come: Deliverance is a production developed by Czech studio Warhorse, founded by, among others, former employees of 2K Czech, the team whose portfoilo includes two installments of Mafia. One of the main features of the game is its realism  the title will transfer the players to a setting taken straight from the Middle Ages, which will be completely devoid of magic or any other fantastical elements. The developers attention to historical accuracy will also be reflected in the games mechanics, including, for example, the combat system.

Pillars of Eternity  updates, expansion and a new Kickstarter campaign on the way

New Information About GTA V on PC: Easy Modding, a Large Array of Graphics Options, and a Few Other Surprises