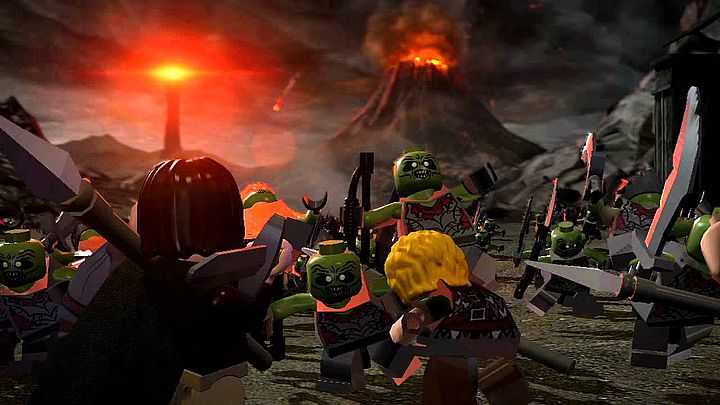 Brick orcs look funny. And they are full of humor.

A week ago players could get a free copy of LEGO The Hobbit. Seven days have passed and there is another interesting promotion. This time it is LEGO Lord of the Rings. The game is available for free in the Humble Bundle offer. If you are not full of LEGO blocks productions, you have to hurry up - the offer lasts only less than two days. To get a free copy of the game, just log in to the Humble Bundle website, subscribe to the newsletter and you can download the title.

LEGO Lord of the Rings debuted on 13th November 2012 on PC, Xbox 360 and PlayStation 3. The production remains one of the best-rated in the Traveller's Tales catalogue. The game received an average score of 80% (PC version) on Metacritic. The title was released by Warner Bros. Interactive Entertainment. If you are a fan of Tolkien's books, you should take an interest in LEGO Lord of the Rings, especially as the game explores locations known from books and Peter Jacksons films, such as Bag End, Helms Deep or Mount Doom.