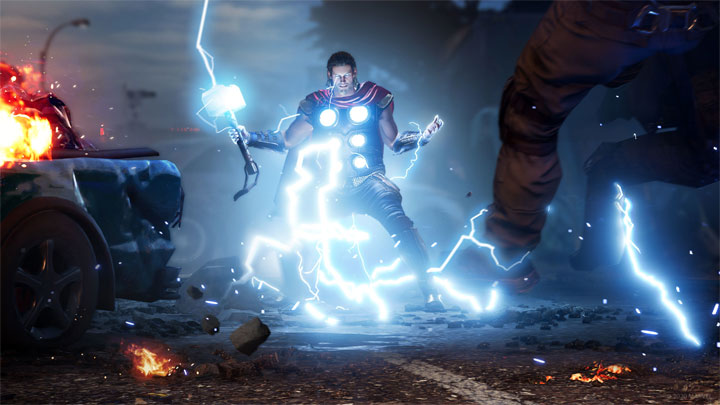 The open beta will end on August 23.

The open beta of Marvel's Avengers has started. We can play it on PC (on Steam) as well as Xbox One and PlayStation 4. To take part in the game we need a Square Enix account. If we combine it with our Epic Games account, we will receive small gifts in console versions of Fortnite after completing a challenge set.

If you are interested in seeing how the game presents itself in action, we advise hurry up, as the open beta will be short and will end on Sunday, August 23. To start the game we have to download about 28 GB of files. Besides, the system requirements on PC are the same as for the full release. The progress of the tests will not be transferred to the full version.

The trial version enables us to play both single player adventures and multiplayer missions. Compared to previous closed tests, it offers many bug fixes and optimization improvements.

Marvel's Avengers will be released on September 4, this year on PC, PlayStation 4 and Xbox One. PlayStation 5 and Xbox Series X ports are planned for later releases, but we will wait for them until 2021.