Mass Effect: Legendary Edition, announced last year, is a real feast for the lovers of Commander Shepard's adventures and those who haven't had a chance to see them yet. But when will we finally be able to put our hands on the remaster? It may not be long now. You see, the pre-orders of Mass Effect: Legendary Edition launched in one of Singapore stores. According to the information provided on the website, the item will have its premiere on March 12, this year.

What is important, this date has also appeared in another source. GSSHOP a store operating in Indonesia, provided it on Twitter. You can see the entry below. 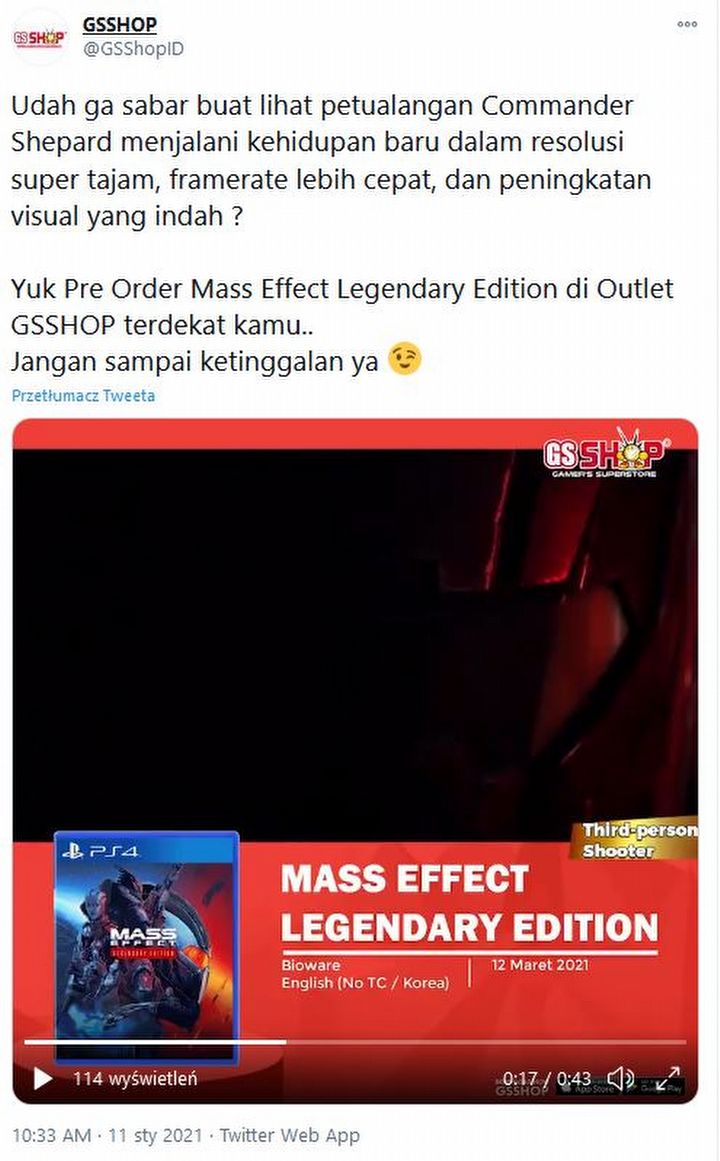 For the time being, however, this information should be taken with a grain of salt. It has not been officially confirmed by either Electronic Arts or BioWare.