It seems that the remastered Mass Effect Trilogy is indeed one of Electronic Arts' worst-kept secrets. This still unannounced game just appeared in the offer of another store, and its existence is once again confirmed by GamesBeat's editor, Jeff Grubb, who shares the first details about it. Let's get down to business as usual.

Let's start with the fact that, as Grubb said in the recent Xbox Expansion Pass podcast, the remastered Mass Effect trilogy would be subtitled Legendary Edition. In a separate video he revealed that it was heading for PlayStation 4 and Xbox One, and 'not yet' for Nintendo Switch, but the latter could change in the future.

As for the official announcement, it is worth recalling that Grubb had already revealed that EA's original plans were to present the remastered set at the beginning of October, while its launch was to take place in the same month. Nevertheless, the pandemic forced the company to rethink its plans. 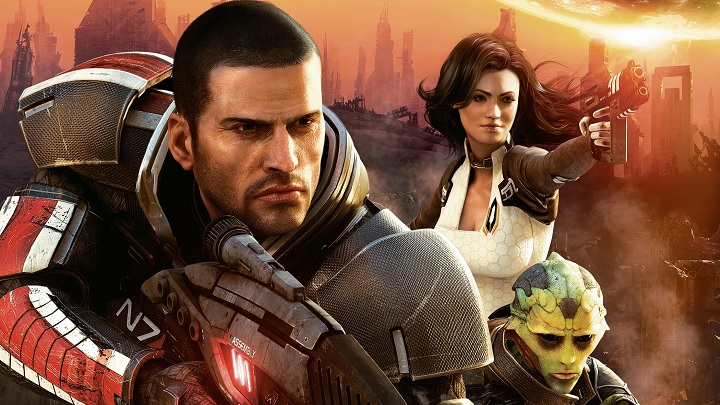 Will Shepard be back after a facelift? Electronic Arts is getting worse and worse keeping the existence of the remastered Mass Effect trilogy a secret.

The fact that according to Grubb Mass Effect Trilogy: Legendary Edition is not to appear on Nintendo Switch, at least initially, is not mentioned by chance. The Czech store Herní svìt, which previously revealed Assassin's Creed III Remastered for this console (via GameSpot), has added the SF trilogy on PlayStation 4, Xbox One and Nintendo Switch. The offer was due for release on October 15. At the time of the publication of this news, all three items were already removed by the vendor. It's worth noting, however, that the information disclosed by the store was in a way in contrast to what Grubb revealed. The Nintendo Switch version is one thing, the release date could have been an ordinary "placeholder", although the name of the trilogy given by the Czechs did not include the Legendary Edition subtitle.

So who's right? We won't find out until EA decides to remind the players of Commander Shepard and his crusade against the Reapers.