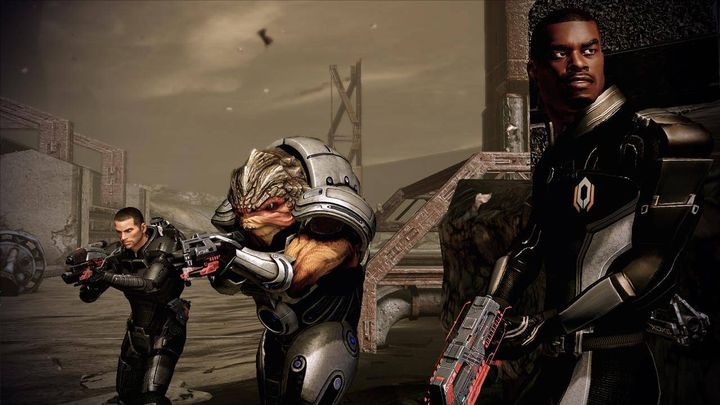 That would be one heck of a Christmas present!

How many rumors about the alleged remaster of the Mass Effect Trilogy have already been leaked into the Internet. Some people even managed to place pre-orders for the game, and it was clear from the receipts that the release was planned for this calendar year. Initially, there was talk of September 29, and now, an unofficial date of October 30 is making rounds on the web. If you want to read more about the previous reports, please have a look here.

It seems that finally we can stop dismisisng information about the remaster as mere rumors, although BioWare has still not confirmed it. This time one of the gaming journalists, Jeff Grubb, took the floor. He revealed a piece of the mystery in his YouTube podcast. The journalist says:

'I know its real. Ive seen more than enough evidence to know its real, but its still 2020 and they [BioWare - editor note] havent announced it yet.[...] Up until like this last week, I know the plan for sure was to announce it in early October, release in later in October.. [...] Bad news, its 2020, maybe that could start to slip, it sounds like maybe thats a possibility, nothing for sure yet.'.

Electronic Arts is said to be very keen to release Mass Effect Trilogy Remastered as soon as possible, so that the game can become, next to Star Wars Squadrons, another title available for purchase during this holiday season (for $60). The journalist also confirmed that a more lightweight, visual overhaul is to be expected than a full-fledged remake.

Sony Plans to Release More Games From PlayStation on PC

Eiyuden Chronicle Goes Big on Kickstarter, Loses Only to Pillars of Eternity 2

Sony Plans to Release More Games From PlayStation on PC