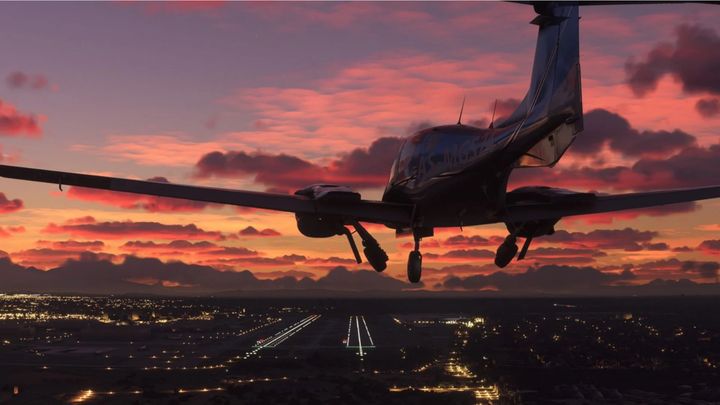 The editors of TweakTown decided to check out what hardware is required to play Microsoft Flight Simulator - the visually spectacular game from Asobo Studio - in 8K resolution. It turns out that currently there is only one graphic chipset that can (barely) handle this task - Nvidia Titan RTX. And only theoretically, because on average the computer was able to generate only 10 frames of animation per second. 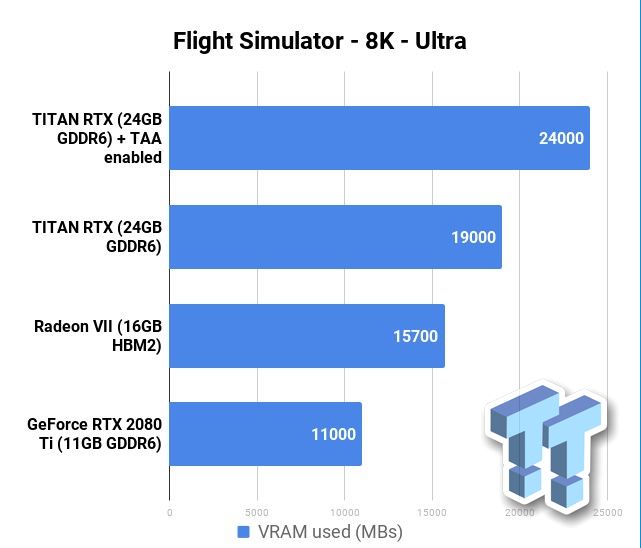 The first barrier that eliminates most graphics cards available today is the amount of VRAM. In 8K, the game needs at least 16-17GB of VRAM, which is more than almost all modern GPUs have - and that's without enabling anti-aliasing. When activated, the memory consumption jumps to 24GB, which means that even with the powerful Titan RTX, the game has used all available memory. Microsoft Flight Simulator in 8K also requires 32 GB of system memory (RAM) to run smoothly, since the game itself uses as much as 16 GB. 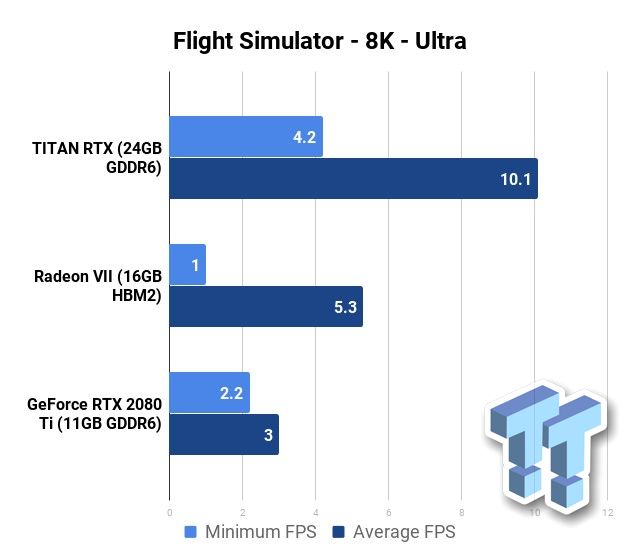 The editors of TweakTown summarize their tests with the conclusion that achieving a playable level of performance in this title in 8K may be possible with another top Nvidia graphics card, which is supposed to have 24 GB of very fast GDDR6X memory and offer a 40-50% performance increase (although, looking at the benchmark, even in the case of this GPU some visual cuts will be necessary). The second GPU that may possibly handle the challenge could be the so-called BigNavi, AMD's competitor of the new GeForce, based on the RDNA 2 architecture.

Both GPUs are scheduled to make their debut this fall, and the test will be repeated after their release - in fact, we can expect Microsoft Flight Simulator to be one of the titles testing new components for a long time. As with Crysis, Asobo Studio sets new standards in computer graphics.

Suicide Squad Game is a Sequel to the Arkham Series