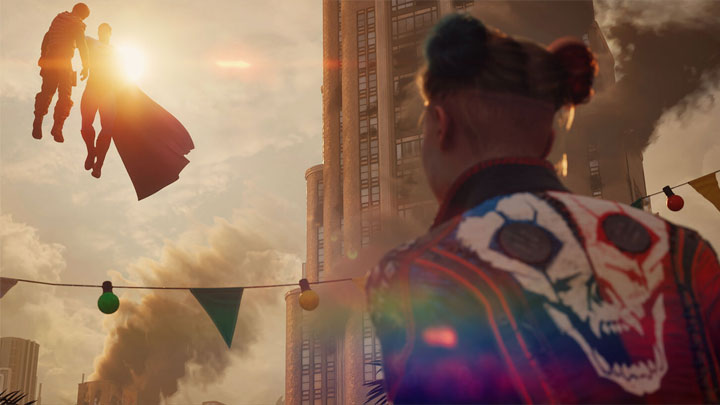 Rocksteady is not going to say goodbye to its vision of DC universe.

Yesterday we wrote about Suicide Squad: Kill The Justice League announcement. Now, interesting information about the game's scenario has come to light. It turns out that the game is set in the same world as Batman: Arkham Asylum, Batman: Arkham City and Batman: Arkham Knight.

This will not be a traditional sequel, as it will tell the story of the Suicide Squad, not the Dark Knight, and the action will take place in Metropolis, not in Gotham. Nevertheless, Suicide Squad: Kill The Justice League is to answer many questions about the future of this universe. We can expect cameos of famous characters and completion of some threads.

All this is interesting because the announced Gotham Knights is not set in the Arkham universe and will present a different vision of the title city and its inhabitants.

At first sight it may seem strange, but this makes sense. Suicide Squad: Kill The Justice League is the responsibility of Rocksteady, which developed most of the Arkham games. No wonder, then, that the authors want to stay in the universe they have created.

In turn, Warner Bros. Games Montreal is working on Gotham Knights, i.e. a team that has only developed by Batman: Arkham Origins. This game was the third part of the series to be released, so the developers practically played in the sandbox built by their colleagues from Rocksteady. So it's not hard to understand why with their next project they decided to develop their own vision of the title city, which will give them much more creative freedom.

As a reminder, Suicide Squad: Kill The Justice League is coming to Pc, Xbox Series X and PlayStation 5, and is scheduled for release in 2022.

Microsoft Flight Simulator in 8K is Too Much for Current GPUs

Microsoft Supports Epic Against Apple While Charging 30% in Its Store