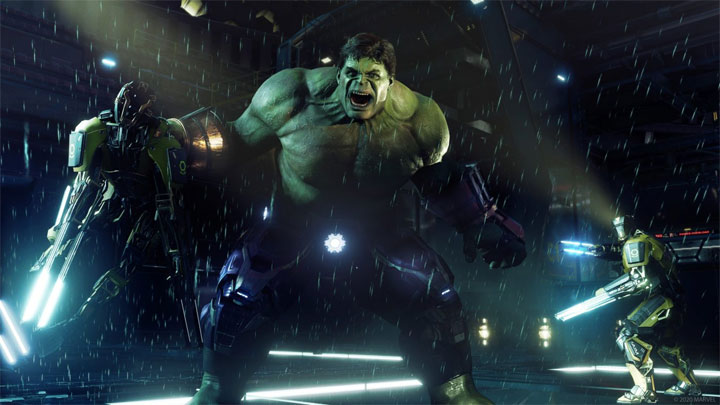 The Hulk is big. And so will be the game it's in.

Next week Marvel's Avengers will launch. We just found out that the game will require 90GB of disk space on PlayStation 4. The information appeared on the cover artwork, which we can see thanks to a video published by TheRelaxingEnd.

A few weeks ago the requirements of the PC version of Marvel's Avengers were revealed. The minimum configuration listed 75 GB of free disk space, and the recommended 110 GB. We don't know how it will look like in case of the Xbox One release.

The amounts are big, but they're unlikely to shock anyone. However, it should be remembered that the game is to be developed intensively after the launch. There are plans to release many additional characters with unique adventures, as well as new missions. We expect that the game will require more and more disk space. We only hope that it will not reach as absurd a size as Call of Duty: Modern Warfare, which together with the free Warzone has long exceeded 200 GB.

Marvel's Avengers will launch on September 4, this year, on PC, PlayStation 4 and Xbox One. PlayStation 5 and Xbox Series X ports are planned to follow, but we'll wait for them until 2021.

It's worth adding that not all versions of the game will be developed in the same way. Spider-Man will only appear on PlayStation 4 and PS5, probably next March, which has upset many fans.

Cyberpunk 2077 Will Get Free DLCs

Microsoft Flight Simulator in 8K is Too Much for Current GPUs