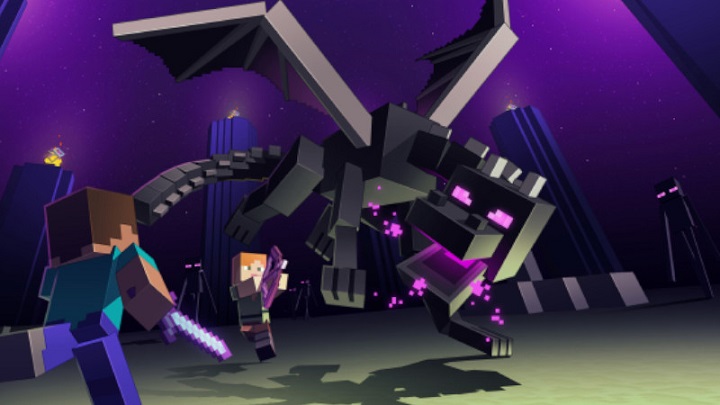 Ender Dragon is the final boss in Minecraft.

Although for many players speedrunning Minecraft seems like a crazy idea - some don't even realize that the game can be "completed" at all - many people have been using this form of gameplay for years, trying to beat more records every day (the best ones can finish Minecraft in less than three minutes). The streamer known as BeasttrollMC was also involved, and a video from his attempt has been conquering the Internet for several hours now.

A Minecraft playthrough is considered complete when we defeat the Ender Dragon, which is located in The End. After the fight, the player watches the credits, but nothing stands in the way of continuing to play in the same world.

It was the streamer's n'th attempt to break the record that day, but coming close to his best time and not having one of the most important items in his equipment (Eye of Ender, which activates the portal moving to the final location), he decided to make a little joke at the expense of his viewers. He got the item he needed by cheating, and satisfied went to the place where he could activate the portal. There, however, a surprise awaited him, which caused the speedrun to end prematurely. See for yourself.

It is worth noting, however, that BeasttrollMC was open about his cheating and he did it rather as a joke. He didn't have a chance to break his record anymore, so he decided to spice up the stream by parodying "speedrunners who are very lucky". He certainly didn't expect that his adventure will end with an accurate shot from a lonely skeleton (which caused him to fall into lava), but as we well know - life writes the best scenarios.

Trailer of Zack Snyder's Justice League - Comparison With the Original