UPDATE: As we suspected, Cybertruck also appeared in Grand Theft Auto V. The modification has not been officially released yet, but you can see it on YouTube (e.g. here). But that's not all - it looks like the new Tesla will also go (and in some cases has already gone) to the racing simulator BeanNG.drive and... the iconic GoldenEye 007 shooter on the Nintendo 64 console. 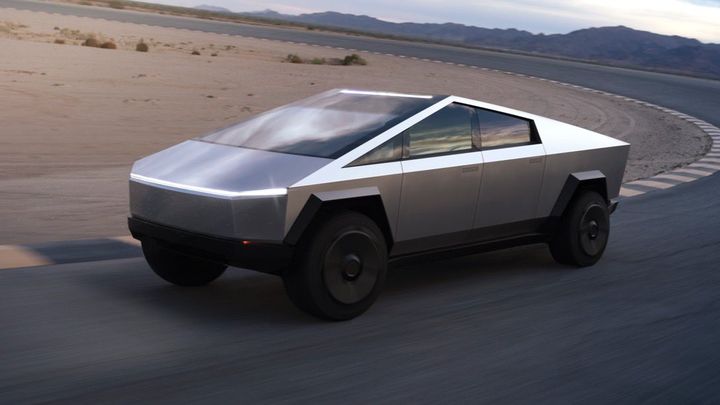 Cybertruck became a hit on the Internet.

If you like the futuristic pick-up recently launched by Elon Musk, the Cybertruck, and you're a fan of the Grand Theft Auto series, we have some good news for you. Thanks to a mod using a 3D model from Sketchfab, you can now drive this point vehicle in GTA: San Andreas Here's what it looks like: 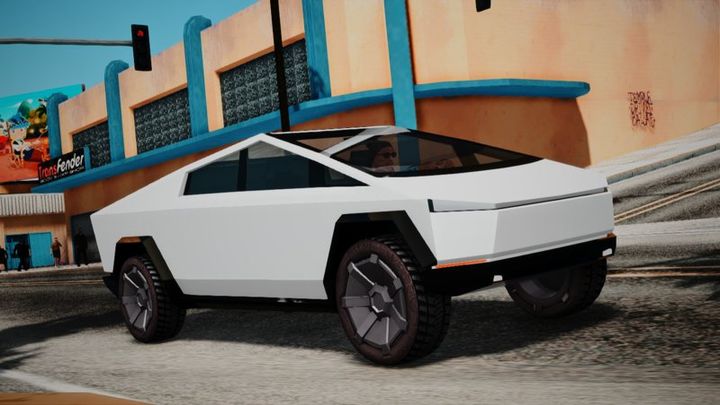 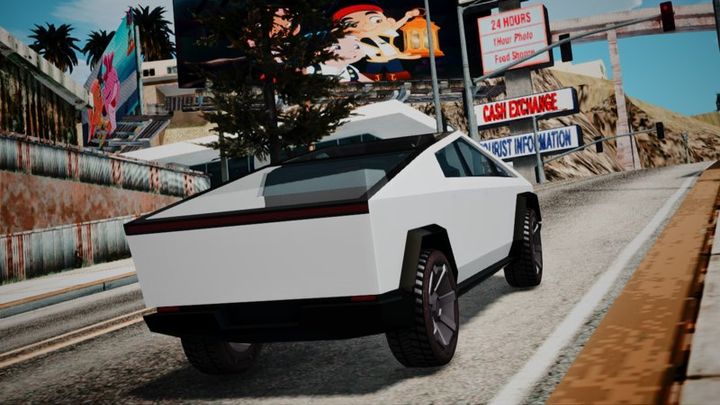 It nees to be admitted that the model looks very similar to its real-world counterpart. This is certainly due to the unusual design of the Cybertruck, which has already become the subject of numerous memes. It is worth noting that the latest installment of the GTA series will most likely see a similar mod in the near future. There is no shortage of users expressing interest in this type of modification on the game forum.

And how do you like Tesla Cybertruck in Grand Theft Auto? Are you planning to drive it through virtual streets and wilderness?