ustwo studio gained recognition across the world thanks to a series of puzzle games called Monument Valley. Today the team announced via Twitter that they have started working on the third installment of this popular series. Nevertheless, Monument Valley 3 is currently at an early stage of development (enough to say that the creators are looking for a person to be hired as the project director), so we will probably have to wait a little longer to find out more about this title. Although the target platforms have not yet been revealed, we can expect that, like its predecessors, the game will be coming to smartphones and tablets.

The first Monument Valley debuted on mobile devices in 2014. The gamers and reviewers alike liked the title mainly for the artistic minimalism of the graphic design and unique gameplay mechanics, based on manipulation of perspective and the creation of optical illusions. Three years later, the second part of the series was released on smartphones and tablets, which, although telling a separate story, followed the path set by its predecessor, and was therefore intended for both veterans of the first part and new players. 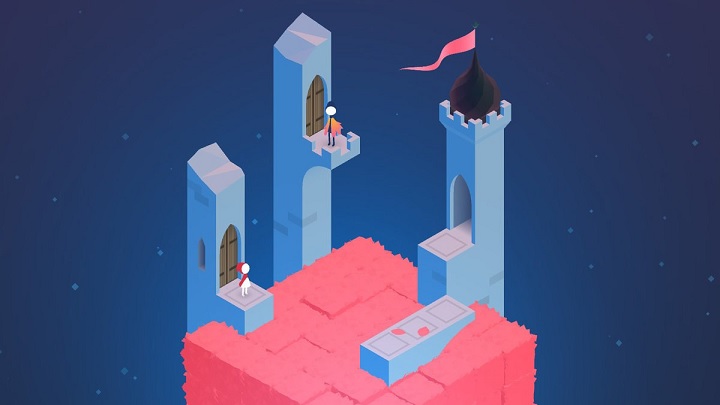 Leading characters from point A to B is a pillar of the Monument Valley series.

It is worth noting that in August 2018 Paramount Pictures announced that it was working on a film adaptation of Monument Valley. Patrick Osborne, whose portfolio includes the Big Hero 6 and the short animation Feast, has been appointed as its director. Since then, however, we have not heard anything new about it.