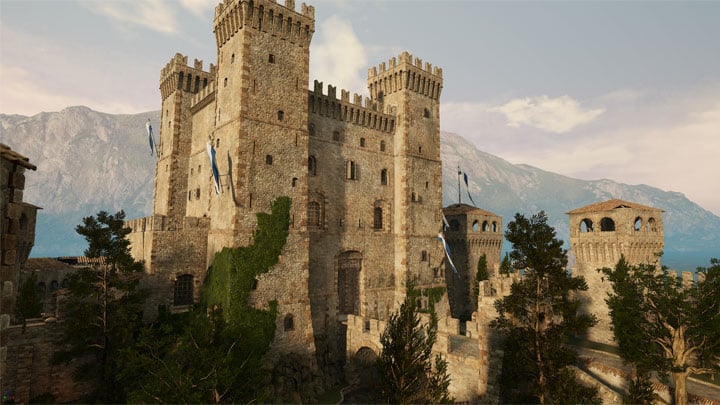 Independent studio Triternion shared the roadmap for Mordhau, a online action game that enables you to take part in medieval battles.

Currently, the devs are concentrating mainly on expanding the content of their work. First of all, they are working on two new maps. Feitoria will enable us to fight on the streets of a city and in a nearby village. Battles will take place both in narrow alleys and building interiors, as well as in large open spaces. Castello map, on the other hand, will be set in a castle area modelled on buildings from southern Europe. An interesting element of this battlefield should be an interactive weapon, i.e. a lifted grate, an additional reinforcement of the castle's gate.

There are also plans for a new game mode called Invasion. In this mode 64 players divided into two teams (one attacker and one defender) will play a siege with changing objectives for each side. The devs want this variant of fun to work on all maps in the game. Developers are also going to add the option of ranking games.

The devs are also working on improving the balance of many elements of the game and improving Frontline mode. In addition, features are planned to reduce toxicity in the community, including a filter to automatically remove inappropriate chat messages and tools to deal more easily with players whose primary motivation is to disturb their teammates.

The devs are also considering adding support for mods. However, they will make a decision in this matter only in the future, because for the time being they focus on improving the game and expanding its content.

Mordhau appeared on April 29, this year. The game is available only on PC.