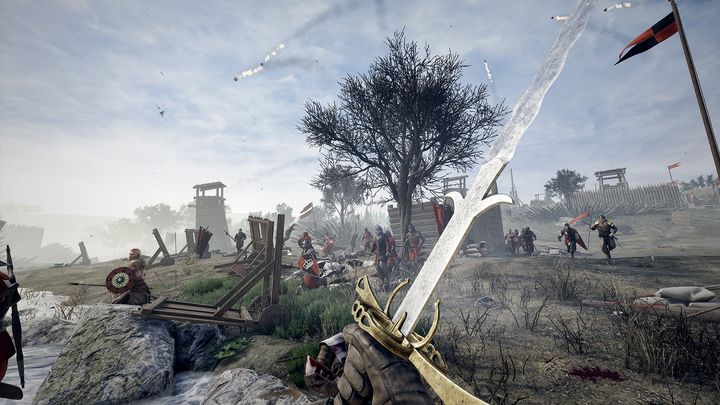 The Mordhau community is reported to have problems with toxic behavior.

At the end of April, Mordhau, an online action game from Triternion, in which we can face other players on medieval battlefields, hit the market, . The title turned out to be a great success (over a million copies have already been sold), mainly thanks to an interestingly designed combat system. It seems that the creators were not fully prepared for such a great interest in their work, because they do not cope with the management of the growing community of the game. PCGamer reports that toxic behavior is a big problem, which can be observed both during the game itself and while browsing the official forum.

Toxicity in Mordhau on a daily basis?

The editor of PCGamer cited a few examples of statements or actions characterized by racism or misogyny. For example, on the game forum for several years now there is a thread entitled "Post Your Kniggas" in which players share pictures presenting their characters. Players who question the title by accusing it of racism are attacked and the developers do not react in any way to the situation.

"It is one of our longest and oldest [threads], as well as among the most active threads on our forum, full of creative loadouts from our community," says Andrew Geach, speaking on behalf of the team. "As for the title itself, we as a team dont find it racist or offensive, and considering the threads content, we find it even less so. We do understand however that some people may interpret it as being racist or inappropriate if taken out of context."

In the game's forum, as well as in its section on Reddit, there is no shortage of complaints about toxicity in the game. According to some users, developers are not responding fast enough and decisively enough. There is also no way to report players directly in the production - although it is possible to throw a person out of a game by voting, but if you want to report offensive behavior to the creators you can only make a screenshot and send it to them, hoping that something will come out of it.

Today, the chat was an overflowing pool of personal, racial and general insults, vitriol and hatred. Not a single person has been kicked out of it - we read in one of the entries.

The game is so racist that I really don't feel like playing it anymore", complains the author of another thread.

The devs assure us that they are working to improve the situation, but their team is small and the number of users is huge.

"I do apologize on behalf of the team for some of these... 'people' that are spouting off terrible things in game," Jax said in a forum post. "All I can say at this point in time is that we're working on improving the situation."

Disregard for the problem or reluctance to censor?

Triternion does not want to include in its production mechanics that automatically filter out gamers' statements from curse words and vitriol. The creators also do not intend to ban users for this type of behaviour lightly. In the opinion of PCGamer, the company's position on both issues is a sign of disregard for the problem. Developers defend themselves by claiming that they do not want to censor their community and control it with too heavy a hand. Instead, the possibility to mute individual users has been introduced into the game.

"We want to put the power in the players hands," said Mike Desrosiers, an artist who worked on the new mute function. "If we take an official stance and we put an official filter list on all the words in chat, people will, first, find a way around it, and it might catch innocent words, or people might claim were censoring. So wed rather put the power in the player's hands."

"We do of course act on inappropriate posts or discussions when seen personally. That being said, we don't try to police our players too tightly. We allow for discussion on most topics, within reason," added Andrew Geach, referring to the issue of banning users.

Turn off the women.

In Mordhau you can now only play as white men, but this may change in the future. Creators can offer more options to players to customize their character, such as changing gender or ethnicity. Creators are aware that although some players expect this kind of feature, others may be dissatisfied with it (arguing it mainly due to lack of historical consistency), so the studio is considering the possibility of implementing this solution in such a way that the players have theoption to... disable it

"That goes back to a similar situation as the chat filters. Whatever stance we take officially, some group of people are going to be upset with us. And so, ideally wed put the power in the players hands, and give them the option to enable and disable different things," argued Mike Desrosiers.

The creators comment that this is only an "idea under consideration". Whether or not it will actually be implemented will depend on the future shape of the community.

That's what we think about it now, more or less. This is not set in stone, it all depends on how our community is in the future. Maybe if it calms down... the game still has a lot of players, a lot of toxicity, a lot of racism, a lot of politics, everything, people argue in chat about all sorts of nonsense," said Andrew Geach. 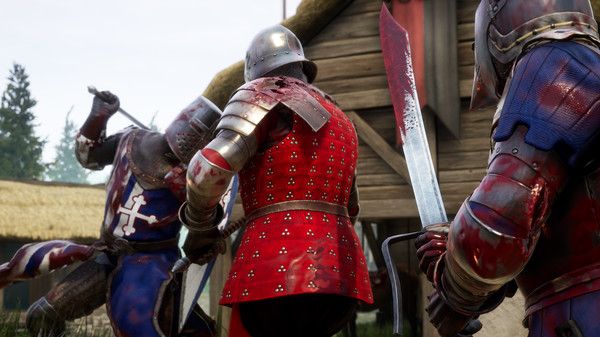 No one has a problem with brutality in Mordhau.

The developer also assures that if Triternion decides to introduce women or other ethnic groups into the game, it will be done with due care and attention.

"Wed put the real work into it, not just a band-aid to appease people. Wed dedicate artist time to new scalps, new texturing, it might come along with a larger content patch, so its not just shoehorned in," said the creator.

In a two-part Twitter post, Triternion denied some of PCGamer's reports, stating that it never had a plan to implement a solution that would allow for "turning off characters that are not white". The company plans to issue a more comprehensive statement on this matter, which should be ready soon.