World premieres of independent online games, which gain a lot of popularity after the official release announcement, can be problematic. Polish studio The Farm 51 and its World War 3, which debuted last year with a total disaster, can tell you a lot about such issue. Mordhau did not avoid similar problems. A dynamic action game about medieval knights appeared on the PC last Monday and almost instantly turned out to be a huge hit. According to Steam Charts data, the number of people competing in the title at the same time is still oscillating around 20 thousand. The production servers were not prepared for such a siege and, as a consequence, in the first days of the premiere, Mordhau's fun is being troubled by lags and stability problems. 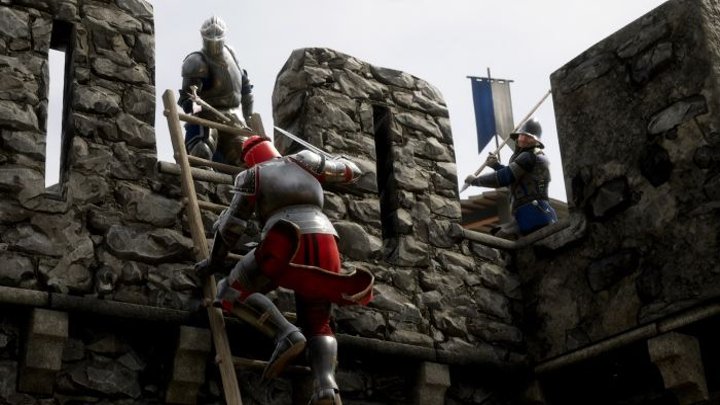 Mordhau is having problems with the stability of servers.

So far, the creators of the game from the Triternion studio have only prepared a provisional solution to the network problems in Mordhau. They released a few minor patches and reduced the number of players who could fight each other on one map from 64 to 48. To some extent this helped. Unfortunately, we will have to wait a while for a bigger fix. To quote Marko Grgurovic from the Triternion studio (via PC Gamer):

Part of our server infrastructure couldn't handle the large amount of requests involving rewards, so it got slowed down to a crawl. We've been doing maintenance and upgrades and optimizations throughout the whole day and night, and it's doing much better now. Of course at the same time we also hit a new all-time high of concurrent numbers, so it can be a bit of an uphill battle, because we're a tiny studio with only two programmers on the team. The rewards have been top-priority, so we've lowered the official 64 player servers to 48 while we work on that, it helps keep them under control, but not entirely (some regions fare better) -- servers will be tackled next and once we get them in order we will be bringing them back up to 64 players as well as adding more. I wouldn't be able to give you an exact time on these, we're more or less working nonstop on getting them resolved and monitoring the situation.

Lovers of the Middle Ages and unusual online action games keep their fingers crossed for Mordhau to come out of the woods. The title attracts a very well realized and extremely brutal combat system, thanks to which duels with opponents are spectacular and satisfying. Extensive customization of the hero is also interesting. The work of Triternion fills the void after a similar idea of Chivalry: Medieval Warfare, which despite its initial popularity, has lost most of its interest over time. Interestingly, Mordhau already boasts better stats in the number of people playing at the same time as the 2012 Torn Banner studio production. In the peak period of this year's title 27 832 players competed against each other. Chivalry achieved a score of over 2,000 worse.