Yesterday we informed about the fact that acquiring and improving equipment in Mortal Kombat 11 comes down to a tedious grind. On top of that, the "hunt" for rare equipment is basically necessary if we want to complete some of the challenges prepared by the developers. However, the game's developer NetherRealm Studios is already working on a patch to deal with some selected issues. As you can read in a post published on Reddit by the game's publisher Warner Bros. Interactive Entertainment - the patch, which will be published later this week or at the beginning of next week, will increase the prizes given to the players; while working on it, the developers are also looking at the balance of modifiers. The patch will also give the fans a gift in virtual currency as compensation for any inconvenience they may have had in the past.

In addition, the developers have already updated their game servers, reducing the maximum health level of enemies waiting in the Tower of Time, and changing the rules for "many" modifiers while making "a lot" of them blockable. 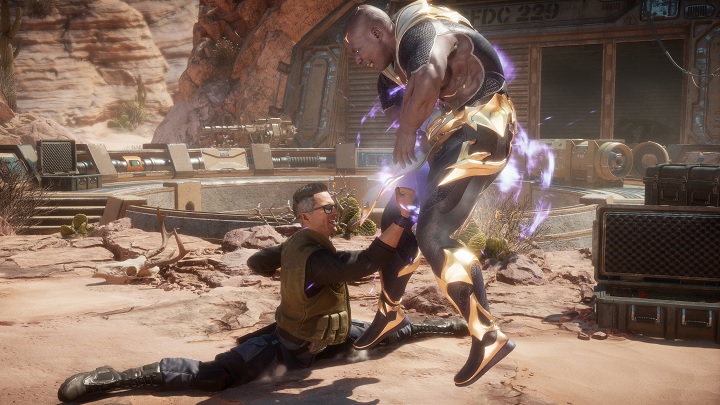 Dealing with some of the challenges prepared by the devs of Mortal Kombat 11 requires long hours of grind. However, the creators are preparing a patch to deal with this problem.

It is worth noting that although the company admits that "the level of difficulty of Tower of Time was too high", which significantly slowed the acquisition of rewards, it also argues that it was never the intention of the creators to encourage players to use microtransactions. On the other hand, the Tower itself was supposed to be a challenge from the beginning, offering attractions for the whole spectrum of players - both seasoned and beginners. At present, however, "everything is too difficult", and this was not the intention of the creators.

Another thing is that the devs remind you that real money can buy us only cosmetic items (see more details below), and the prizes waiting in the Krypts are by no means random. This is because we are talking about six hundred crates, each of which has a predefined content, and the only random aspect of them is their location.

Let's also look at the issue of cosmetic items, because one Reddit user calculated that buying them all requires spending 6440 dollars. In another case, the individual skins are only available in specific "time windows" and their offer changes every 6-8 hours. According to the user's calculations, if you want to get all of them without reaching for your wallet, you have to spend 3390 hours playing the game. Ed Boon, the creative director at NetherRealm Studios, commented on the matter on Twitter, stating that the vast majority of skins cannot be bought for real money. The author of the aforementioned post responded by pointing out that the player never knows which skins can be included in the offer, and which certainly never will. Currently, the ball is Boon's side of the court, as he apparently keeps track of the topic.