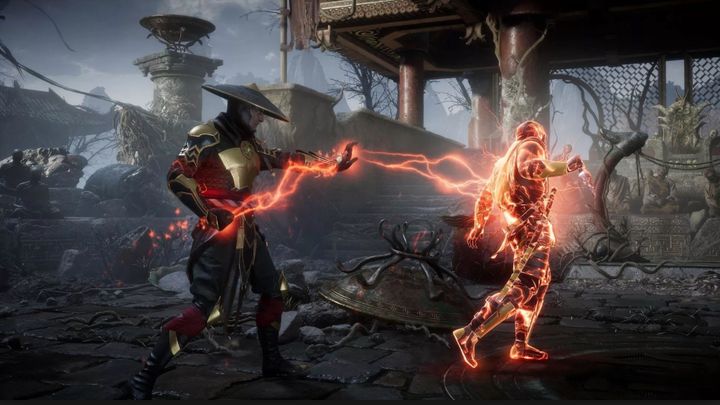 Yesterday Mortal Kombat 11 debuted on the market. Although experts agree that we are dealing with a very successful title, most of them also point to a few important drawbacks. One of the most frequently mentioned problems is an overly complicated progression system, which forces players to spend a lot of time in the game (or encourages to spend real money on "boosters" in the shop). One user of the Reddit forum gives a few examples of solutions that make players' lives miserable.

AccomplishedPoet8 argues that some of the later towers (a series of increasingly demanding opponents we're fighting - the equivalent of Arcade mode from other games of the series) have such heavy modifiers that it's virtually impossible to get through without rare equipment and disposable items. For example, the damage to a player's character can be significantly modified, the strength of enemies can be increased when having a low level of health, acid rain or bloody missiles that cannot be blocked and which take away our health after being hit and... pass it on to the enemy.

Worse still, it takes a huge amount of time to get the equipment needed to meet these challenges. Passing a story campaign gives us some virtual currency, but the reward is only enough to explore a single crypt room (it's a special mode in which we travel underground and unlock prizes using previously won coins). To discover more, we have to finish the daily challenges and repeatedly pass through less demanding towers. Opening more and more chests costs a lot more, and the chance of getting one of the rare items is very low (forum member points out that after opening 23 he managed to get just two of these).

However, getting an item is not everything - it is also necessary to upgrade it. Each piece of equipment has three fields in which we can insert special strengthening jewels (initially one socket is available, and by playing, we can unlock another two). Both sockets and buffs have specific types that must match in order for a jewel to be used. As if that weren't enough, the total number of types is more than three, which means that we can have an item that we like visually, but is completely incompatible with the upgrade stuff we are interested in.

It is possible to draw the statistics of a given piece of equipment again, but this requires... improving it fully. We also have to spend a certain amount of coins and accept the fact that we will have to improve the gadget from scratch - its level is zero at the moment of resetting. What if we can't find the combination we need? Well... nothing, we're just unlucky. We can, of course, try as hard as we like. Improvements can also be accelerated with micropayments. 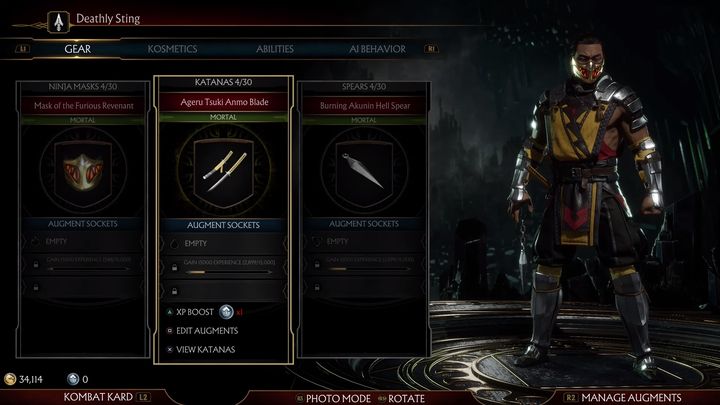 Each item has its own specific fields and sockets in which we can insert improvements.

As it usually happens in similar situations, the community quickly expressed its opinion on the ideas of NetherRealm Studios and Warner Bros. Interactive Entertainment. Metacritic has seen some negative feedback from users. At the time of writing this text, the average is only 1.9-2.6, depending on the platform (on a ten-point scale). For comparison, the so-called Metascore from the review is at the level of 83-89%.