Indian folklore band Bloodywood is known for its covers of various pop music hits. However, the group's portfolio also includes original songs, the latest of which, Machi Bhasad (Expect a Riot), was to promote the upcoming Beyond Good & Evil 2. The publisher eventually gave up the idea, which did not prevent the musicians from presenting their work to the world (because, as they say, they simply like it).

After listening to the piece, it can be concluded that the French publisher either considered its sound too heavy or found its content too controversial. As can be read in the description of the film, its aim is not only to pay tribute to the musicians and leaders who inspire people to "think and act in a way that will benefit everyone", but also to "question the unjust system" and ultimately to make "the new generation (...) better than the previous generation". We have to admit that it all fits quite well with the plot of the game, which will address, among other things, the subject of slave labor of mass-produced hybrids of humans and animals. It should not be forgotten that the Beyond Good & Evil 2 promo materials published so far make extensive use of elements borrowed from Indian culture. 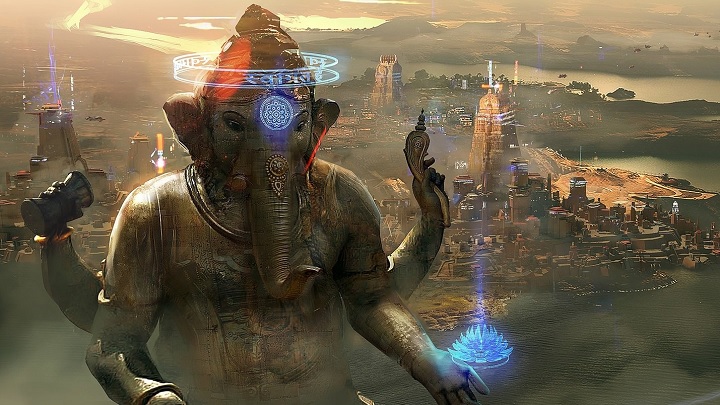 Beyond Good & Evil 2 will draw on the culture of India.

It is worth noting that since the unused song came out, one can expect that Beyond Good & Evil 2 will soon be given at least a new trailer (because it is rather too early for an advertising campaign); an ideal opportunity to show it to the world will be the upcoming E3. It seems that one of the productions that the French giant will bring to Los Angeles will be the work of Michel Ancel and the company.